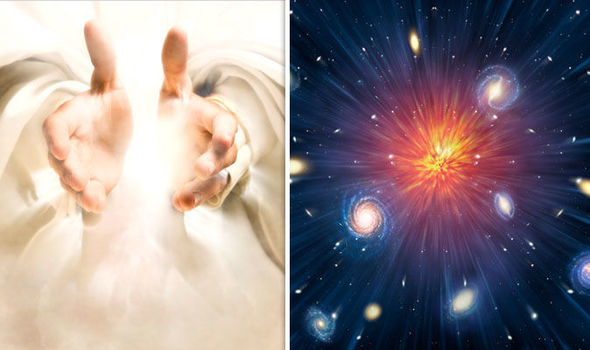 One of AIG’s most important arguments is that the Earth and the universe are both only 6,000 years old. This age was arrived at using the chronology given in the Bible. According to recent creationism, the creation story in Genesis is to be taken literally. Thus, God created everything in six days. This idea is based on the argument that the Hebrew word yom specifically refers to a 24 hour period, thus “proving” the words of the Bible to be true through an obscene circular argument of semantics. I’m not even going to address this argument because analyzing word meanings and definitions can become convoluted and theoretical. I’m not saying Genesis is wrong. Instead, I argue that if a strict interpretation is to be taken, shouldn’t actual, empirical evidence match these claims? Let’s take a look at how AIG refutes scientific evidence.

The Use of Radiometric Dating

If the Earth is only 6,000 years old, why does radiometric dating techniques used by geologists suggest the age is around much older? Well, AIG answers this exact question by explaining that radiometric dating is based on erroneous assumptions and cannot be trusted. It proposes that when using radiometric dating, scientists make many assumptions and “build their interpretations on these assumptions.” One of these assumptions is the idea that the rate of decay for a given radioactive material is constant. AIG suggests that while it seems constant to us, this is a massive extrapolation of data to assume that the rate would have been constant back at the beginning of the earth. However, the reality of radioactivity is that we know the rate of decay is constant based on both physics and mathematics (check out this video for how we can use mathematical proof models to demonstrate constant rates of decay). Therefore, the AIG argument that we do not know that decay rates are constant demonstrates a profound misunderstanding of empirical data and mathematical relations that describe the natural world around us. In fact, they completely disregard the many different types of dating techniques scientists use that each confirm one another. For instance, other forms of absolute dating exist such as tree ring counting, thermoluminescence, electron spin resonance, and many other different types of radiometric techniques. I encourage you to explore these techniques here and understand this for yourself. Each technique demonstrates the earth is much older than 6,000 years old and when combined with the various different techniques of relative dating using rock strata and formations, it becomes apparent that we have solid scientific evidence that the earth is much older than what AIG thinks. For instance, scientists can even use “molecular clocks” and determine when species diverged from one another well over 6,000 years ago by comparing relative DNA mutation rates that is known to correspond to a constant rate of time.

To further demonstrate how flawed their argument is, I will introduce one other aspect of their argument against using scientific methods to determine the age of the earth. The website suggests that since scientists were not present at the time of the formation of those rocks, they cannot know exactly what happened and cannot try to understand. Central to their argument is that “what we observe and measure today exists only in the present.” Therefore, they discount all use of science to make estimations of the past. With this, as they try to discount radiometric dating as evidence since we were not around back then, they invalidate their own argument as they suggest that we should accept the words of the Bible as evidence. We certainly were not alive when the Bible was written either.

The point is that science uses an enormous array of techniques and methods that supports one another, providing sound evidence that the earth is billions of years old, rather than a mere 6,000 years. AIG fails to use good science because their only arguments are to use scientifically-inaccurate claims to try to disprove scientific methods. In their attempt to do this, they fail to provide any proof or evidence of their own to demonstrate the earth is only 6,000 years as they claim. In fact, they invalidate their own argument in their attempt. AIG’s only presentable evidence is an ancient written work that is known to be filled with abstract symbolism. Interested? For more information on dating techniques and scientific evidence, check out these sites!