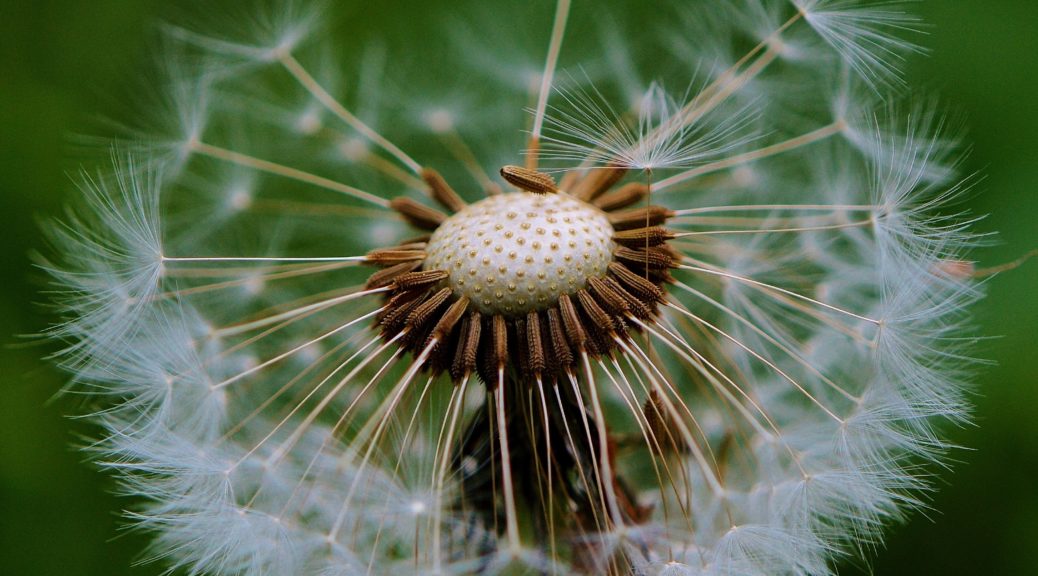 How far do you think a dandelion seed can drift from its base plant?

The Common Dandelion (Taraxacum officinale) primarily relies on wind flow to scatter its seeds. The dandelion seed has a fluffy structure that enables it to hold the most prolonged wind-based dispersal record. Commonly the seeds land 2 meters away from their mother plant. Still, in windy, dry weather favored by the dandelion, the seeds can fly up to 30 kilometers and even far (150 kilometers in some conditions). The vital point in this extraordinary adventure of the dandelion is flying with a constant velocity and having a short descent time, which means it should stay stable in the air for a relatively long time.

A study tried to illuminate the mystery behind the dandelion seeds’ ability to stay aloft in the air. Researchers attempted to mimic the dandelion flight using similarly structured silicon disks in a wind tunnel that simulated the airflow around the pappus. Pappus, the flying seed of the dandelion, consists of radially oriented filaments, each interacting with other adjacent ones, resulting in a reduction in the airflow. They compared the flight of natural seeds collected from one plant with several silicon disks with different porosities.

Their results showed that when pappus separates into the air,  it forms an air bubble detached from its surface above it. This air bubble, known as a vortex, is unique to the dandelion seed. When the pappus is released in the air, it takes some time to reach a steady point, in which the vortex becomes symmetrical. An important feature affecting this symmetry is the porosity of the pappus, defined by the number of filaments and their dimension in each pappus— generally, the more the porosity, the steadier the flight. The best porosity for a stable vortex ring is greater than 84.97%, and the vortex ring begins to separate as the porosity falls below 77.42%. The experiment also indicated that the vortex is axisymmetric in low velocities, but it begins to lose its symmetry as the Reynolds increases.

This phenomenal plant has evolved techniques for mass germination, even in the absence of wind! Pappus’s hairy structure enables it to attach to an animal’s skin and soil particles, assuring the dandelion to have enough seed dispersion during the flowering season. More interestingly, the dandelion is known to have an informed dispersal in response to environmental fluctuations. When the plant experiences root herbivory, it intensifies the seed dispersal. The flight distance may vary from meters to kilometers to assure good germination in the absence of threatening conditions. Imagine a rainy day; the moist weather condition makes the pappus’ bristles come close together, reducing the possibility of separating from the plant. The moisture makes the current spot a suitable choice to stay. So even the detached seeds prefer to fall close to their base plant.

It worth mentioning that this remarkable plant also inspired areas of science. In their study of Mars exploration, researchers presented a primary model of a dandelion-inspired rover. Considering the harsh environmental condition on Mars, other excavators find the wind flow as an obstacle that results in damaged parts and incomplete missions. In contrast, the new dandelion-shaped rovers use the wind flow as an accelerating point to explore locations on Mars that other robots couldn’t access.

As Maple trees shed their fruits, it is hard not to be captivated by the view and stare in admiration. The free fall of maple seeds is simply graceful. Commonly referred to as helicopters, samaras are the fruit of Maple trees. Inside of each fruit one can find seeds that are used by the parent plant to produce new ones. The nickname helicopter refers to the similarity that exists between its motion as it falls to the ground and that of a helicopter. Indeed, a remarkable aspect of the samaras is the behavior they display as they fall. As the fruit of the Maple seed descends to the ground, it performs a rotating motion that mimics the rotor blade of helicopters in unpowered descent, a behavior that has intrigued scientists and has been the subject of many studies. The auto-gyration motion and flight mechanics of the samaras have been observed in order to explain why and how the fruit rotates on itself as it leaves the tree.

Importance of understanding the whirling motion of Samaras:

The use of seeds to produce new plants is called seed dispersal. Since trees are unable to move, they rely on different means for the dispersal of their seeds, such as the wind, water, animal, or human beings. Samaras being carried away by the wind are an example of wind dispersal. Seed dispersal is important for the survival of species. It allows the plant to spread in its environment. By allowing the seeds to fall at great distances from the parent plant, decreases the chances of interference of the growth of new plants with the development of the parent plant and allows it to colonize new environments. Studying the flight of samaras helps understand how this process can be enhanced. However, not only does it help with seed dispersal, but it may also have applications that can help advance the field of aviation and the conception of flying devices. (Sang Joon Lee et Al. 2014)

There are two principal categories of seeds that have the ability to use oncoming winds to travel away from the parent plant, pappose seeds, and winged seeds. Maple seeds fall within the second one. As the name indicates, winged seeds tend to have appendages that resemble wings and act as such. While pappose seeds use draft force to maintain their flight, winged seeds rely on lift force. While they share common traits, not all winged seeds rotate. The rotation of samaras is due to the location of its center of gravity which is found near the terminal end of the wings. The wings of the seeds of the Maple tree generate a stable leading-edge vortex (LEV) which accounts for the lift force slowing down the descent. Note that an LEV is a type of airflow that is halfway between a steady and a turbulent flow. Upon being detached from the tree and is released into the air, the very shape of the wing initiates the stable vortex. The mechanism used by samaras has been identified to be similar to the LEVs of insects such as flower flies.