Team Egypt’s field visit is almost at its end; we leave tomorrow night to fly back to Chicago.  So, this might be our final post on the travel blog!

However, the work is just beginning.  As our posts have reflected for the past two weeks, the Team has meet with different people and organizations, in NGOs, education, and the public and private sectors.

Our meetings today were some of the most important and influential: USAID and the Freedom and Justice Party (the political party of the Muslim Brotherhood).  USAID is a major source of funding for CRS in some of its current programs, such as a very successful Cash-for-Work initiative, as well as a potential source of funding for future projects.  USAID is also one of the best aid organizations in the agriculture sector, doing everything from irrigation to credit and training. The FJP is the leading party in the Egyptian parliament (with 47.5% of the seats in the Lower House), and will most likely shape the future of Egypt.

The Q&A sessions during these meetings were insightful and help to shape our in-country presentation to CRS tomorrow.  We are really excited to have this conversation with CRS tomorrow, of our findings on the problems facing Egypt and some of our ideas on how CRS can effect them.  We then hope to take feedback from this conversation back to class and work on our final recommendations! 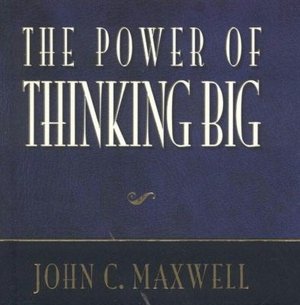 Over the past couple of days, we have seen the entrepreneurial spirit of Egyptians, be it selling oranges from a cart on the corner, hocking small packets of tissues everywhere, or swindling MBAs.  We’ve also seen the truly mundane and hard work that people are capable of even while earning almost nothing.  The main problem that we’ve come across is SCALE.

There are, of course, a few Egyptian entrepreneurs that have made it big: Orascom and Sekem (as two examples).   But most Egyptian entrepreneurs think small.  In several meetings we have asked why people don’t think to pool resources so that they can access   different markets or why they don’t want to sell to more people than just their village.  And we are answered with curious looks and shrugging.

Last night, I was pondering just this. I came from a developing country from a family of farmers.  How did I get to think so BIG?

My father’s grandfather was a farm owner, growing mostly rice, yucca, bananas, and coconuts.  But he told all of his grandchildren that he did not want them to be just farmers.  He made every one of them (including my father, who was a petulant child and skipped school often) attend school.  My great-grandfather’s vehement belief that there was something more out there for all of his grandchildren and progeny is how I got to think so big.  My dad graduated from a great university; received degrees in law, business, and accountancy; moved to the United States; and forced me to read The Power of Thinking Big at the age of 10.

I think this same story is true for a lot of other people: on the Egypt team, in the BOTFL class, and people succeeding and “living the American Dream.”  It takes only one person to start thinking big, shoving that in others’ faces, and start a domino effect of people that dream of something bigger than simply the small comfort that they currently have.

Today’s meetings and discussions revolved around the concept of “the entrepreneurial spirit.”  What is it? Is it a cultural thing? Can it be taught? Do Egyptians have it?

At most of the meetings we had there was some discussion about how Egyptians did not have the entrepreneurial spirit and that the concept of “entrepreneurship” is new to Egypt.  The team thought that this was quite depressing.  Upon reflection we came up with the following thoughts:

But we find that these problems are more tangible and can be addressed either by the team (in our recommendations) or CRS and their partners in a large-scale way.  Things such as finance, marketing, and sales can be taught.  Problems such as legalization and obtaining credit can be overcome through innovative solutions. We met with three different organizations today: the Egypt Works projects (a CRS-USAID cash for work program which has multiple projects, two of which were 1) a public work/construction project in Qeba’a and 2) a production project [made up of women making overshoes and medical gloves]); the American Chamber of Commerce: Egypt; and Nahdet el Mahrousa (Twitter: @NahdetMahrousa).

These three organizations gave us great insight in trying to narrow down our problem as well as to brainstorm some solutions.  More on that later!  Ila al-liqa’!

From our presentation in class last week, it seemed like the Egypt project was the most undefined and had the most to do to structure the problem.  So, for our first official meeting with CRS staff, we tried to do just that: define and structure the problem.  However, we were speaking different languages, which made this process all the more difficult.

So, after a series of meet & greets and caffeine this morning, we sat down with CRS staff, went over our agenda for the two weeks.  Then lunch… After lunch, we met as a team and tried to hash out 1) our objectives, 2) our expectation, 3) our deliverables.  We created a plan which we then presented to CRS staff.  The feedback from this meeting was invaluable! We are one small step closer to speaking the same language and understanding each other. Us: Hard at Work

السلام عليكم (As-Salāmu `Alaykumu, everyone!) Just a little picture of Cairo in the morning from Meghan and my balcony.  We’re off to have our first full day of meetings with CRS staff. This is actually Joe writing from Manasi’s login since mine doesn’t work at the moment. Team Egypt touched down just as the sun was setting over the desert. I’m not sure if the lack of other planes at the airport was due to the time of day or the general decline of tourism in the past year. A lot of the flights from Europe tend to arrive and depart late at night or early morning so our ~6pm arrival was unusual.

We were met by Rosalie and Hanan, two of our contacts at CRS Egypt. They rode with us to our hotel in Zamalek, a large island in the Nile that is in the heart of the city. It’s been almost exactly seven years since the last time I was in Egypt and things felt largely the same. I even managed to recognize a couple of places I had visited the last time on the ride in, including the dorm where ND undergrads used to stay for the Cairo semester abroad. I always enjoy seeing the city at night since many of the mosques light their minarets with neon. It makes for a striking visual. I’ll try to get a picture of it in the next couple days.

The drive itself was plenty exciting with “light traffic.” This entails roads jammed with cars three or four across that are constantly merging and slipping by each other while on a surface that was designed to be only two lanes. It was slower going than I remembered and will definitely be a factor in our general logistics here. After a quick dinner down the street from the hotel, the team is heading off to bed or letting everyone at home know we made it. Our first full day of meetings with CRS starts at 9 tomorrow!

Oh, the smell of frankfurters in the morning! Just landed in Frankfurt en route to Cairo. Team bonding is at its height.  Thing we have found out about each other: 1) Ed Cohen is the “Honey Badger,” 2) Manasi has already been handed a “demerit” by the demerit-keeper: Joe Queenan, 3) Meghan really likes sleeping, 4) Cory can’t sleep on planes, 5) Joe S wants to go to Iran, and 6) Rob gets profiled at airports…. More exciting stuff to come soon!

Team Egypt is off on Friday afternoon (March 2nd) from O’Hare to Cairo via Frankfurt. Cairo was hit today with a dust storm, which generally lasts for about 4-5 days, so will be arriving to a Cairo that looks like the picture shown above.  Nevertheless, we are really excited to land on Saturday and meet our wonderful in-country team: Hani, Britton, and Rosalie, and to begin our exploration of Egypt.

Fear not, we will be sure to update the blog every day with schedules, pictures, and anecdotes.  Starting on Friday/Saturday, our travel days, you will see exciting pictures, such as Rob sleeping…