Debates over the meaning and purpose of the works of Niccolo Machiavelli have ebbed and flowed since his death in 1527. Machiavelli’s Politics, published in 2017 by Notre Dame political scientist Catherine Zuckert, may be one of the most ambitious attempts to date to settle the case.

Zuckert’s book attempts to synthesize the two dominant, seemingly conflicting scholarly interpretations of Machiavelli into a single, comprehensive understanding. In one reading, stemming from Leo Strauss’s influential Thoughts on Machiavelli, Machiavelli is seen as “a teacher of evil,” a universalist philosopher seeking to establish a new mode of political activity focused on individual interest rather than Christian morality or classical conceptions of virtue and justice. The other reading, popularized by intellectual historians Quentin Skinner and J.G.A. Pocock, views Machiavelli as a fresh variant on an old theme, classical republicanism, to be viewed within the context of 16th-century Florence.

Zuckert’s achievement is to combine Straussian hermeneutics with the Skinnerian’s attentiveness to historical context. The resulting effort is a 512-page study of all of Machiavelli’s major works that is both synoptic and diligent, comprehensive and innovative.

Contra Strauss, Zuckert’s Machiavelli is no immoral enemy of religion, but merely a critic of its contemporary interpretations. Contra the republicans, she believes Machiavelli’s project transcends its immediate context. In the end, Zuckert presents a Machiavelli rarely seen before: a democratic-republican concerned with mediating human passions to promote the common good. “Machiavellian,” indeed.
— Grant Addison, Deputy Editor

The de Nicola Center for Ethics and Culture is pleased to invite you to register for our 20th annual Fall Conference, November 7–9, 2019. This year’s conference will explore the theme of friendship, from its ancient understanding as “the crown of life and the school of virtue” (C.S. Lewis) to the present day. 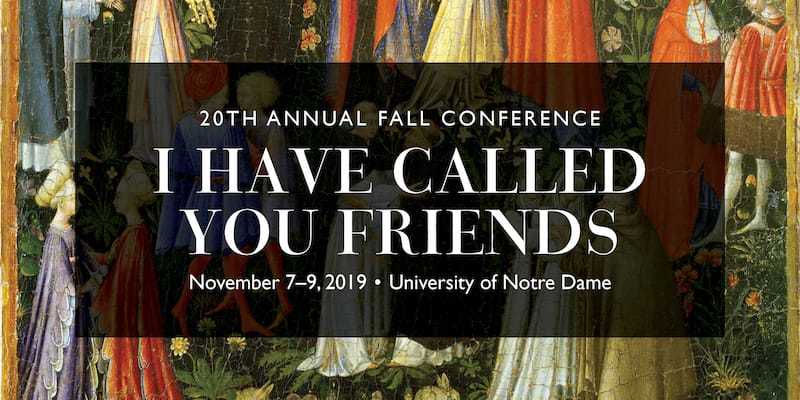 Natural Rights, American Constitutionalism, and the Study of Political Philosophy – a conference on the themes of Michael P. Zuckert’s scholarship