PC sales were down about 9.5 percent in the second quarter of 2015 which is the biggest drop in 2 years. Overall Gartner expects the market to drop 4% for the year. As John Gruber points out, the iOS market is almost as large as the computer market.

To put Apple’s current industry position in perspective, the company probably sold somewhere between 60-65 million iOS devices last quarter. (I’m guessing ~50 million iPhones, ~10-12 million iPads, and a handful of million iPod Touches.) The average selling price of a PC has fallen to under $400. The average selling price of an iPhone has been estimated to be as high as $660. So while iOS devices, taken as a whole, might still fall a few million units short of the PC industry, they’re clearly generating more in revenue. More importantly, the PC industry operates on razor-thin margins; iOS devices sell with remarkably high margins.

68.4 million units in the PC industry vs 60 million iOS devices. When you look at the margin discrepancy, the situation is just pitiful. PC manufacturers make a pittance per unit compared to Apple’s margin on their mobile devices.

And while the PC sales dropped 9.8% compared to Q2 of 2014, Apple is actually up about 10% in the same period. Apple still doesn’t make much of their profit on the Mac lineup, for now, but I expect to see that changing. I suspect that as more and more people that live their lives on their iPhones need new computers, they’ll start switching to Macs.

Tour any university and look at the computers that students are using. At least 75% of our students are using Macs. Every year the incoming freshmen push that number higher. As these students leave and join the workforce, they take their buying preferences with them. These are the people that will be making purchasing decisions for companies in the years to come. Do you think they’re going to be buying cheap PC desktops? If Apple can start paying attention to providing the enterprise market with the tools they need to manage Macs effectively, Apple is poised to grab a much larger chunk of the PC market.

Is there any other company, in any industry, in the history of time, that has owned only 20% of a market but also reaped 92% of the profits?

If one was so inclined, one might ask why the other manufacturers even bother and how long they will continue to do so.

Beacons are pretty cool little devices. All they do is send out a tiny piece of information repeatedly. When they get close to the beacon, any device that’s listening for that information can be triggered to do something. Communication is only one way, from the beacon to any devices in the area. The range is typically somewhere in the neighborhood of 30-100 feet so the location is fairly precise.

Here’s a potential beacon application and let’s assume that Starbucks has installed beacons in all of their stores.

(This is somewhat simplified but this is the basics in a nutshell.)

With enough information about your previous orders and a little logic, it could change the order it suggests for you to save you some time.

If done right, it’s a little creepy but also helpful.

Right now the most common beacon standard has been iBeacon from Apple. Unfortunately iBeacons don’t work with Android. That has really slowed any widespread adoption. (Android runs on 1/2 of the smartphones in the US and 80% worldwide). If you’re a retailer, you probably wouldn’t be interested in implementing anything that excludes at least 50% of your customers.

Google’s Eddystone is open source and cross platform so it removes that limitation. It also provides some other benefits over iBeacons. iBeacons can only broadcast their UUID and nothing else. In order for that to be useful, the receiving device has to be listening or paying attention for that UUID. With iBeacons you have to have the vendor’s app installed if you want to receive their benefits.

Eddystone removes this limitation since it can send more types of information (called frames). One of the most helpful frame types is the URL. Without having a specific app installed, you could still be prompted with special offers or location based information.

Eddystone can also transmit telemetry data. Since beacons are often battery powered, they need to be changed periodically. It seems likely that the beacons at Starbucks could transmit their battery state to people with the Starbucks app installed on their phones. That information could then be forwarded to the IT group so they can proactively monitor the health and replace them prior to failure.

There are obviously a lot of issues to work out, like how to stop every restaurant, store, and vending machine from spamming my phone. It will be interesting to see how Apple and Google come up with ways to balance user frustration and privacy with the benefits that beacons might provide. 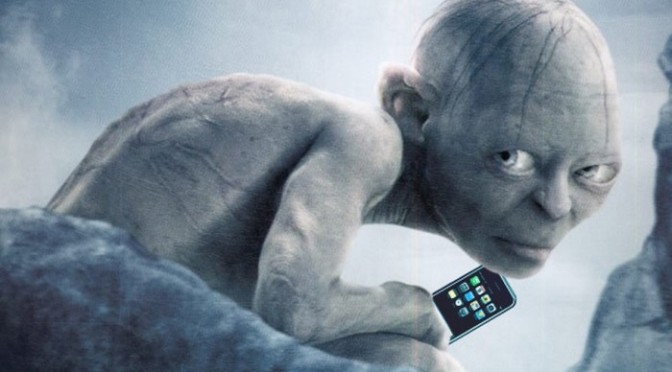 Apparently Penn State’s College of Engineering has been hacked. They’ve known about the hack for almost 6 months but used that time to monitor the attack and plan for the remediation.

In the past year the following colleges have either been hacked or had their network taken offline by a DDOS attack: University of Maryland, Johns Hopkins, University of Delaware, Virginia Tech, Arizona State, Rutgers.

In addition to the usual haul of usernames, passwords, social security numbers, etc. hackers are also after valuable research data. And they’ll get it. Sooner or later.

Companies are clearly not immune to these attacks. Just ask Target. It would be foolish to think that colleges will fare better.

Honestly I don’t think it’s a question of if your school gets hacked, but a question of when. Beyond that, how will you handle it?