As the global economy heats up and tries to put the pandemic aside, a battle for the young and able has begun. With fast-track visas and promises of permanent residency, many of the wealthy nations driving the recovery are sending a message to skilled immigrants all over the world: Help wanted. Now.

In Germany, where officials recently warned that the country needs 400,000 new immigrants a year to fill jobs in fields ranging from academia to air-conditioning, a new Immigration Act offers accelerated work visas and six months to visit and find a job.

Canada plans to give residency to 1.2 million new immigrants by 2023. Israel recently finalized a deal to bring health care workers from Nepal. And in Australia, where mines, hospitals and pubs are all short-handed after nearly two years with a closed border, the government intends to roughly double the number of immigrants it allows into the country over the next year.

The global drive to attract foreigners with skills, especially those that fall somewhere between physical labor and a physics Ph.D., aims to smooth out a bumpy emergence from the pandemic.

Covid’s disruptions have pushed many people to retire, resign or just not return to work. But its effects run deeper. By keeping so many people in place, the pandemic has made humanity’s demographic imbalance more obvious — rapidly aging rich nations produce too few new workers, while countries with a surplus of young people often lack work for all.

New approaches to that mismatch could influence the worldwide debate over immigration. European governments remain divided on how to handle new waves of asylum seekers. In the United States, immigration policy remains mostly stuck in place, with a focus on the Mexican border, where migrant detentions have reached a record high. Still, many developed nations are building more generous, efficient and sophisticated programs to bring in foreigners and help them become a permanent part of their societies.

“Covid is an accelerator of change,” said Jean-Christophe Dumont, the head of international migration research for the Organization for Economic Cooperation and Development, or O.E.C.D. “Countries have had to realize the importance of migration and immigrants.”

The pandemic has led to several major changes in global mobility. It slowed down labor migration. It created more competition for “digital nomads” as more than 30 nations, including Barbados, Croatia and the United Arab Emirates, created programs to attract mobile technology workers. And it led to a general easing of the rules on work for foreigners who had already moved.

Many countries, including Belgium, Finland and Greece, granted work rights to foreigners who had arrived on student or other visas. Some countries, such as New Zealand, also extended temporary work visas indefinitely, while Germany, with its new Immigration Act, accelerated the recognition process for foreign professional qualifications. In Japan, a swiftly graying country that has traditionally resisted immigration, the government allowed temporary workers to change employers and maintain their status.

These moves — listed in a new O.E.C.D report on the global migration outlook — amounted to early warnings of labor market desperation. Humanitarian concerns seemed to combine with administrative uncertainty: How would immigration rules be enforced during a once-in-a-century epidemic? How would companies and employees survive?

“Across the O.E.C.D., you saw countries treat the immigrant population in the same way as the rest of the population,” Mr. Dumont said.

When it came time to reopen, fewer people appeared to care about whether immigration levels were reduced, as a poll in Britain showed earlier this year. Then came the labor shortages. Butchers, drivers, mechanics, nurses and restaurant staff — all over the developed world, there did not seem to be enough workers. 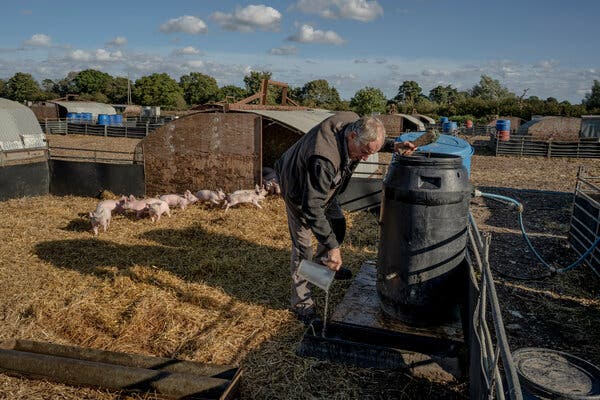 In Britain, where Brexit has crimped access to immigrants from Europe, a survey of 5,700 companies in June found that 70 percent had struggled to hire new employees. In Australia, mining companies have scaled back earnings projections because of a lack of workers, and there are about 100,000 job openings in hospitality alone. On busy nights, dishwashers at one upscale restaurant in Sydney are earning $65 an hour.

In the United States, where baby boomers left the job market at a record rate last year, calls for reorienting immigration policy toward the economy are getting louder. The U.S. Chamber of Commerce has urged policymakers to overhaul the immigration system to allow more work visas and green cards.

President Biden is trying first to unclog what’s already there. The administration’s $2.2 trillion social policy bill, if it passes a divided Senate, would free up hundreds of thousands of green cards dating back to 1992, making them available for immigrants currently caught up in a bureaucratic backlog.

Many other countries are galloping further ahead. Israel, for example, has expanded its bilateral agreements for health workers. Inbal Mashash, director of the Israeli government’s program for managing foreign labor, noted that there were currently 56,000 immigrants, mostly from Asia, working in the country’s nursing care sector. And that may not be enough.

In advanced economies, the immigration measures being deployed include lowering barriers to entry for qualified immigrants, digitizing visas to reduce paperwork, increasing salary requirements to reduce exploitation and wage suppression, and promising a route to permanent status for workers most in demand.

Portugal’s digital nomads can stay as long as they want. Canada, which experienced its fifth consecutive year of declining births in 2020, has eased language requirements for residency and opened up 20,000 slots for health workers who want to become full residents. New Zealand recently announced that it would grant permanent visas, in a one-time offer, to as many as 165,000 temporary visa holders.

One of the sharpest shifts may be in Japan, where a demographic time bomb has left diapers for adults outselling diapers for babies. After offering pathways to residency for aged-care, agriculture and construction workers two years ago, a Japanese official said last week that the government was also looking to let other workers on five-year visas stay indefinitely and bring their families.

“It’s a war for young talent,” said Parag Khanna, the author of a new book called “Move,” who has advised governments on immigration policy. “There is a much clearer ladder and a codification of the tiers of residency as countries get serious about the need to have balanced demographics and meet labor shortages.”

For the countries where immigrants often come from, the broader openness to skilled migration poses the risk of a brain drain, but also offers a release valve for the young and frustrated.

Countries like Germany are eager to welcome them: Its vaunted vocational system, with strict certifications and at-work training, is increasingly short-handed.

“During the coronavirus crisis, the system has really collapsed,” said Holger Bonin, research director for the IZA Institute of Labor Economics in Bonn. “We’ve seen the lowest number of apprenticeship contracts since German unification.”

Young Germans increasingly prefer to attend universities, and the country’s labor force is shrinking. According to a newly released study by the German Economic Institute, Germany will lose five million workers in the next 15 years — a full 3.2 million by 2030.

Immigrants have become a stopgap. Around 1.8 million people with a refugee background lived in Germany as of three years ago. And over time, the country has tried to improve how it integrates both asylum seekers and foreigners with work visas.

On a recent morning at Bildungskreis Handwerk, a regional training hub in Dortmund, near the Dutch border, around 100 trainees shuffled down the linoleum-floored corridors of a five-story building in a quiet residential area. In classrooms and work spaces, they learned to be professional hairdressers, electricians, carpenters, welders, painters, plant mechanics, cutting machine operators and custodial engineers.

The costs for 24- to 28-month programs are covered by the local government employment office, which also pays for apartment and living expenses. To get in, candidates must first take an integration course and a language course — also paid for by the German government. 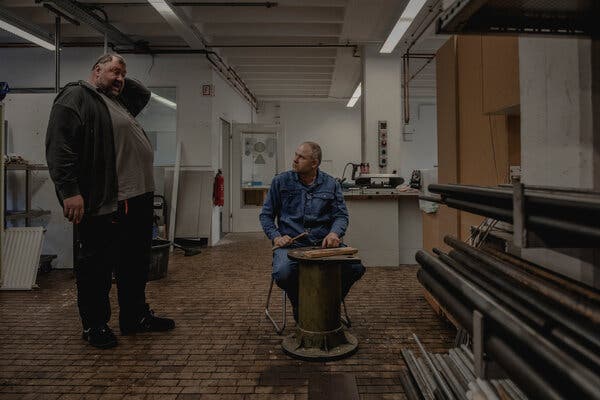 “At this point, it doesn’t matter which of our departments graduates our trainees — trained workers are desperately sought in almost any domain,” said Martin Rostowski, the deputy director of the center.

Serghei Liseniuc, 40, who came to Germany from Moldova in 2015, has started training as a plant mechanic, which will soon bring him stable work and higher wages. “We are a bit like doctors,” he said. “Doctors help people, and we help buildings.”

But despite the gains for some workers and some locations, economists and demographers argue that labor market gaps will linger and widen, as the pandemic reveals how much more needs to be done to manage a global imbalance not just in population but also in development.

One question perhaps runs like a cold-water current just beneath the new warm welcome: What if there are not enough qualified workers who want to move?

“We’re hearing the same thing from everywhere,” said Mr. Dumont, the O.E.C.D researcher. “If you want to attract new workers, you need to offer them attractive conditions.” 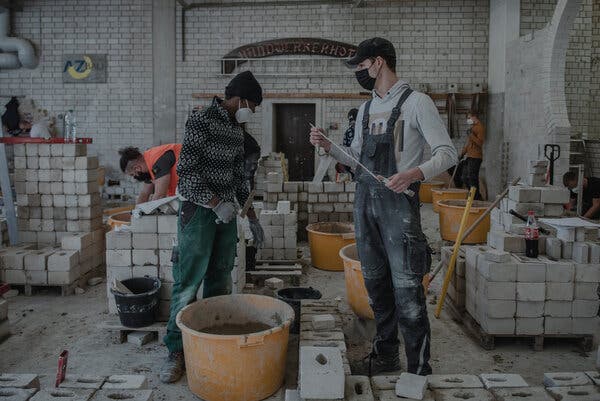