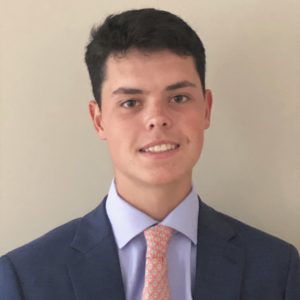 Members were inducted during spring 2021 in a ceremony conducted via zoom.

BGS membership communicates to potential employers that a student has attained the highest level of academic achievement. Other benefits include an on-line community that gives members access to a variety of services, an alumni network, the annual student leadership forum, and the BGS Scholarship program. MORE INFORMATION

Each spring, the Faculty Adviser nominates one of the junior officers from the four officers elected by junior inductees for the Dean’s Scholarship of $500. This amount is credited towards tuition for the fall semester of the senior year.

Scholarship winners in the past from Mendoza College of Business, University of Notre Dame: