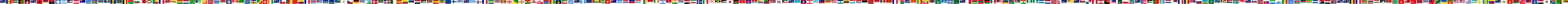 In a New York Times Magazine article, “The Rise of the WeWorking Class,” Gideon Lewis-Kraus extols the virtues of the relatively young company WeWork, arguing that it is the company’s culture that has driven its success. WeWork (as far as I understand it) functions as a commercial subleaser, providing office-share space for –– you guessed it –– entrepreneurs, as well as small startups and (at least some) traditional companies looking to save costs on renting office space.

Most recently, corporations such Liberty Mutual, IBM, and Sprint have even begun to take up shop within WeWork-owned space. As Lewis-Kraus paints a picture of what a work-day in the life is like for those who make one of WeWork’s 425 locations their office home, it’s not hard to see why. Perks such as top-shelf coffee, modern furnishings, and kombucha are part of the appeal but these amenities are not WeWork’s true value-added. That particular distinction belongs to its ability to (literally) bring people together.

WeWork designs its spaces to force more human interaction. Not only are there multiple common spaces and centralized water coolers, but even the hallways are constructed to generate conversation through their sheer narrowness. Together with WeWork’s intentional weekly social activities (Taco Tuesdays, yoga classes, happy hours, etc.), there is a cultivated sense of belonging among a group of individual workers that would otherwise be isolated. Sole practitioner CPAs mingle with novelists and wedding planners in WeWork’s shared space, and as consequence their work takes on new meaning.

Links to Articles and Images:

“The Rise of the WeWorking Class,” by Gideon Lewis-Kraus. Published by The New York Times Magazine.