It is a pleasure to welcome Natalie Sargent to the University Relations team as the Academic Advancement Director for the Mendoza College of Business.  Natalie will be responsible for driving philanthropy to Mendoza.  She begins her role with us on Monday, August 5.

Natalie has her undergraduate degree from Smith College, and anticipates completing in August 2019 her Ph.D. in History here at Notre Dame.

Concurrent with the pursuit of her doctoral degree, in 2015 Natalie took the first of several roles at Notre Dame as a Graduate Reviewer and Assistant at the Institute for Scholarship in the Liberal Arts (ISLA).  After her time at ISLA she interned in Development, working with Maria DiPasquale in Academic Advancement at the College of Arts & Letters.  Natalie also served on the University’s Student Health Insurance Advisory Committee as the Graduate Student Union Healthcare Committee Chair.  She is currently a Fellowship Consultant in the University’s Office of Grants & Fellowships.

You can expect Natalie to be present at Eddy Street Commons working on proposals with our fundraisers and Storytelling team, and in the Mendoza College of Business serving the dean, faculty, staff and students of the College.

Please contact Natalie at nsargent@nd.edu to extend congratulations and welcome her as AAD for the Mendoza College of Business.

Please join us in congratulating Brian Benedict, who has accepted the role of Regional Director on the Athletics Advancement team. While he will be missed by his teammates in Annual Giving, we know that he will make an incredible impact for Our Lady’s University in this role serving our athletics benefactors.
Brian joined the Leadership Annual Giving team in January 2018. Since then, he has been instrumental in driving growth for our Giving Societies. Brian is a 2013 graduate of Notre Dame and currently pursuing his EMBA at Notre Dame. Prior to joining Development, he worked at Legend’s selling premium spaces for the Campus Crossroads Project.
He will start his new role on July 1.
Congratulations, Brian!
Ashley Gerard and Sara Liebscher

I am delighted to announce that Mary Scott ’01 will join our team as the Alumni Education Programs Director on Monday, July 1st when she will become responsible for the portfolio of existing alumni ed programs and upcoming launches of ThinkND and Big Questions.
By way of introduction, Mary has worked at Notre Dame for 16 years over which time she’s been involved in launching Mendoza’s Institute for Global Investing — in support of a 4,500 member community of students, alumni, and investors. Prior to that, she led a cross-departmental team to design, implement, and launch a student financial literacy program which included web and live session programming components. Mary has also served Notre Dame through the management of the annual budget strategy and planning processes, financial modeling, and sensitivity analysis.
In these roles, and through her previous consulting experience, Mary built positive relationships with faculty, staff, alumni, and various experts from government, non-profit, and business. We look forward to benefiting from her talents of collaboration, communication, creativity, project management, and strategic thinking.
On a personal note, Mary and her husband, Mike ’99, MBA ’07, have two young children Anthony (10) and Sophia (8). Mike also works at the University holding various human resources roles since 2007. Her hobbies include travel, reading and engaging with St. Andrew Greek Orthodox Church and the children’s St. Pius X Catholic School.
It will be a pleasure to introduce Mary to everyone and I know you will give her a warm welcome to our team.
Best,
Sharon

Please welcome Casey Gelchion to the Strategic Analytics and Prospect Management team. She will be working closely with the Annual Giving team as an analyst.

Casey is a 2017 Notre Dame grad and a 2019 graduate of ACE. She comes to us from Florida where she was teaching 4th grade.

Colleagues,
I am delighted to announce that Ellen Roof has been named Director, Volunteer Leadership and Participation on the Annual Giving Team, effective July 1.
Since joining the Annual Giving Team in 2016, Ellen has been a tremendous leader, spearheading 3 consecutive record years for senior class gifts, growing our engagement with young alumni with her monthly Shamrock newsletter, and increasing engagement with students through Notre Dame Day and other efforts throughout the year. Most recently, she has led efforts around NDLoyal, our peer to peer solicitation program that will net over 2,000 undergraduate alumni donors this year. A 2015 Notre Dame graduate, Ellen brings energy, creativity, and innovation to everything that she does, and I am thrilled to see her broaden her role and continue her important leadership on this team.
Please join me in congratulating Ellen on this well-deserved promotion.
Best,
Brian

Connecting With Others: Reaching Potential Through Inclusion

This free training session by Ralph Brandt (http://rdrgroup.com/) delves deep into the true definition of inclusion and makes a case for connection. Ultimately, participants will learn the core inclusion competencies, application of those competencies, and follow-up tools that lead to increased organizational effectiveness, increased employee engagement, and superior leadership. Examining the latest demographic trends and analyzing fluid cultural dimensions are just a few stops in this training of improving the skills that create the connective culture that our organizations vitally need.

Space is limited so please reserve your spot by clicking here.  This is great training and further helps its participants develop and contribute to our diversity and inclusion initiatives.  This is a great developmental opportunity for anyone interested in becoming a Diversity Educational Volunteer (DEV). If you have any questions please don’t hesitate to contact Eric Love within the Office of Human Resources.

Lauren Brown (lbrown22) and her husband, Stephan, were married this past weekend in Mishawaka and celebrated shortly after with a reception for family and friends. Congratulations to the happy couple as they enjoy their honeymoon!

In order to properly account for pledges and gifts through June 30, 2019 please keep in mind the following items:

Please let us know if you have any questions.  Happy Fiscal Year End!

Please welcome Melissa to the Donor Services team as our Communication and Data Analyst. Melissa is a 2014 UND alumnae majoring in Romance Language and Literature with a Minor from the Nanovic Institute for European Studies and a 2017 alumnae from Universita Cattolica Del Sacro Cuore with a masters in European and International Policies. Additionally, Melissa spent a year as an intern at Leo Burnett in Milan, Italy with the Business and Intelligence marketing team and more recently assisted Donor Services and Data Integrity as a seasonal staff member.

Parking/traffic to be manageable during golf championship, if you read this… 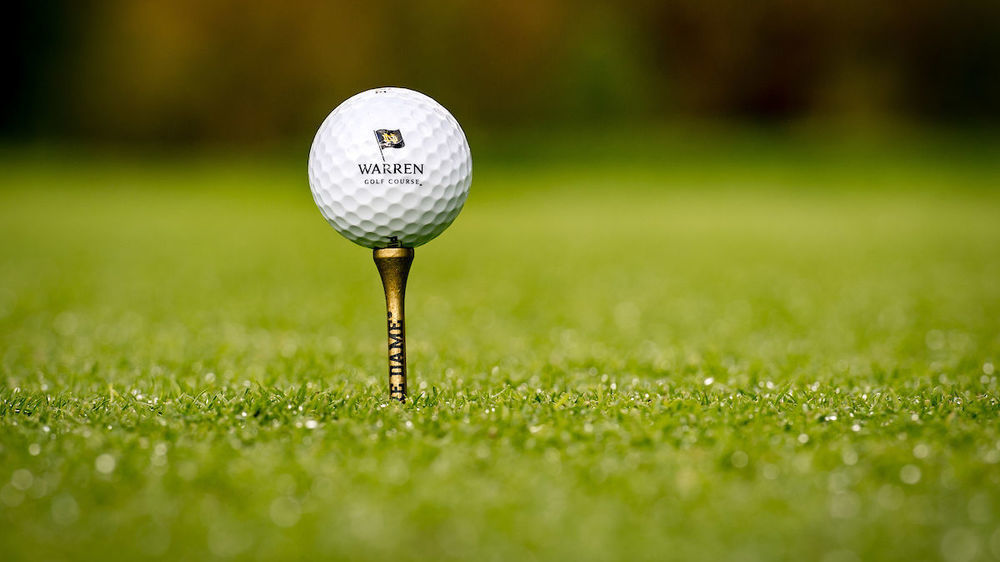 The 40th annual U.S. Senior Open (USSO) will take place Monday, June 24, through Sunday, June 30, at the Warren Golf Course, north of campus off Douglas Road. It’s a historic moment for the University as Warren is the first collegiate golf course to host this major championship.

It’s also the third large-scale Notre Dame event held this fiscal year that gives national exposure to and has a significant economic impact on the broader community. The first two — the Garth Brooks concert on Oct. 20 and the 2019 Bridgestone NHL Winter Classic on New Year’s Day — were held in the stadium.

The USSO is different in that it’s one week long and takes place while summer classes and University business are humming along.

“The Division of Campus Safety and University Operations is working hard to make this event a positive experience for visitors as well as our campus community,” says Mike Seamon, vice president of the division.

That includes letting faculty, staff and summer students know well ahead of time how campus parking and Douglas Road, a major artery to and from campus, will be impacted.

Hosting large events is the new normal at Notre Dame and not a reach for the University, says Seamon. He credits Notre Dame staff, including temporary workers, who pull off each event like it’s just another day in the office.

“It literally takes everybody,” he says. “People in Auxiliary Operations, Administrative Services, Campus Services. It takes Facilities, Maintenance and Utilities. It takes our Campus Safety partners. It takes our Game Day and VenueND partners. These events draw on all of our assets, but in a good way, in a healthy way, in an exciting way.”

After the USSO, the next big thing at Notre Dame takes place in the football stadium on Friday, July 19, when the Liverpool F.C. plays a preseason match (called a “friendly”) against Germany’s Borussia Dortmund. It’s the first time international soccer will play at the House that Rockne Built.

Tickets for the Liverpool F.C. friendly and the USSO are still available.

Traveling from the northeast

Traveling from the south to the north end of campus

Traveling from the north and northwest (avoiding Douglas)