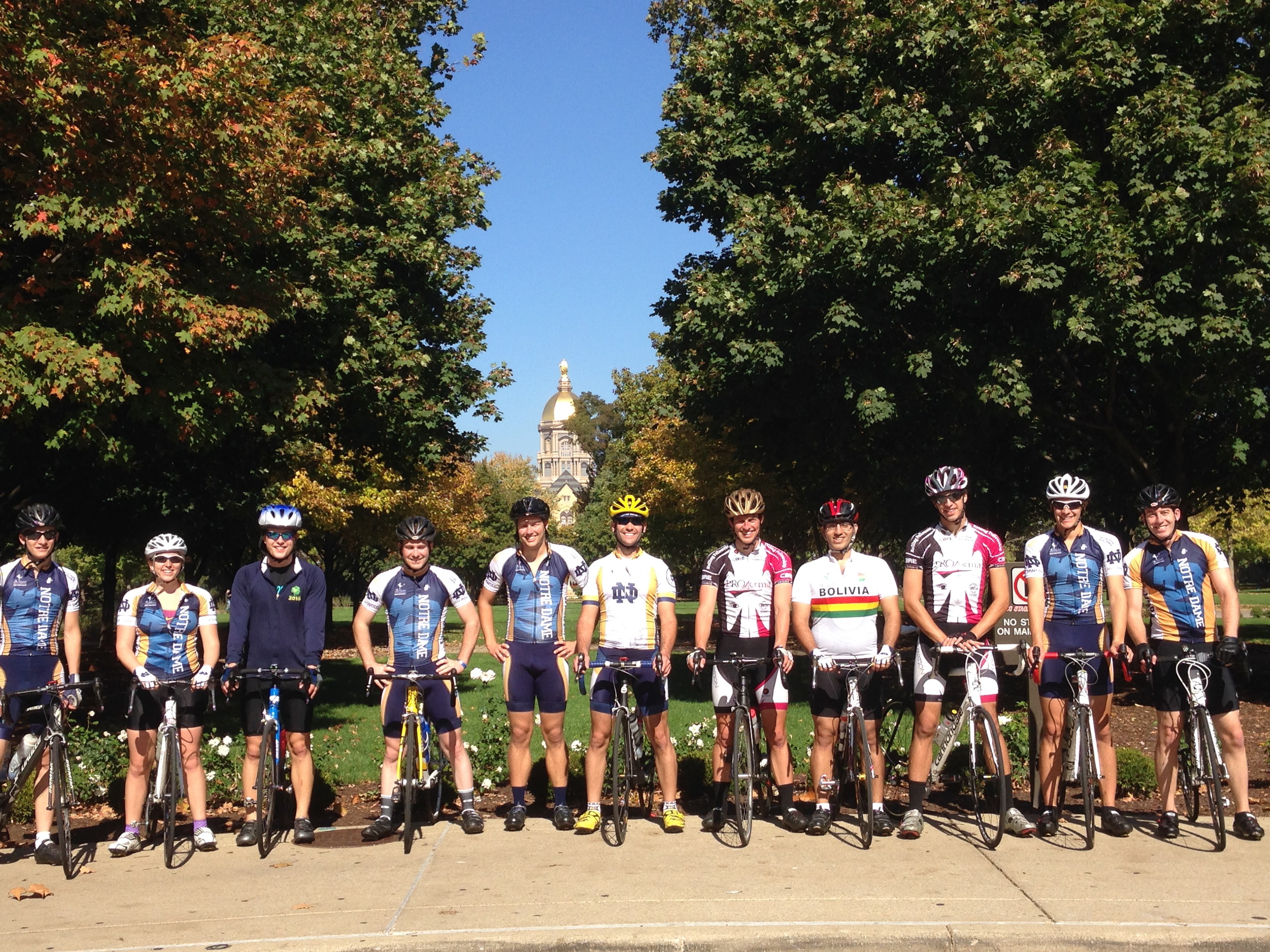 On the weekend of October 11-13, the Notre Dame Cycling Team held its annual Blue-Gold-Green Race. Splitting the team into three squads and racing against ourselves, it makes for some good competition during our offseason from road racing. Festivities got underway with Friday’s (no aero equipment) 6 mile individual time trial. On the women’s side, grad student Lillie Romeiser narrowly took the win with a time of 17:08, After a successful attack with about 2 miles to go, John Pratt managed to stay away from chasers Snitzer and O’Donnell to take the win. Handy was the first woman to cross the line.