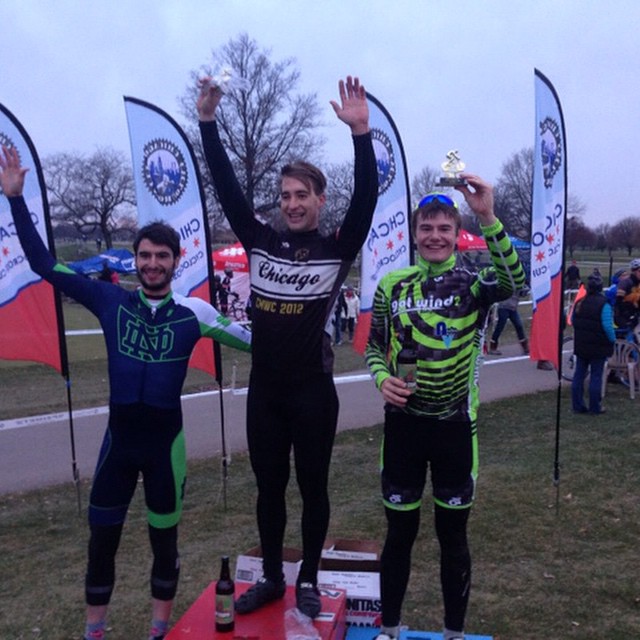 Bloomingdale, IL — On Saturday, November 15, 1st year graduate student Andrew Koch represented the cycling Irish in the collegiate B race at Hilton Indian Lakes. The race was part of the Chicago Cyclocross Cup. Due to good results at previous races, Koch started in the front and never looked back. His win marked the first of the 2014-2015 season for Notre Dame. Despite having already raced, he also competed in the category 4/5 race immediately afterwards and took an impressive 3rd place. Koch is a new addition to the team after graduating from Furman University last year and coming to ND for a Masters in Sacred Music. He will also be competing on the road, starting in the Bs this coming spring. 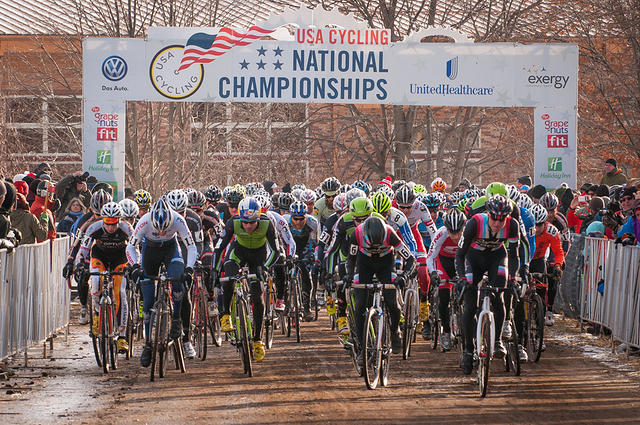 Notre Dame Cycling members Douglas Ansel and Jose Lugo traveled to Mt Morris, WI, to
participate in the last Midwest Conference mountain bike races in the 2011 season. The races were hosted by Ripon College at the Nordic Mountain ski resort located an hour and a half north of Madison. Ansel and Lugo lined up for the Cross Country races Sunday morning, which featured the largest and strongest fields of the entire season. END_OF_DOCUMENT_TOKEN_TO_BE_REPLACED

Purdue University hosted the first race of the weekend, the cross country race, on the extremely tight and twisty trails in McCormack Woods adjacent to the Purdue campus. The first race to start was the Men’s C, in which Jose Lugo and Carl Josephson competed. Overcoming a slow start that put him into the singletrack in the woods near the back of the pack, Lugo picked off riders in the technically demanding serpentine sections of the trails to net a 5th place on the day. END_OF_DOCUMENT_TOKEN_TO_BE_REPLACED

The field was a moderate group of 10 riders. After hitting the woods in 5th and 6th position
respectively, Douglas Ansel and Luke Tilmans worked their way into 3rd and 5th position by the end
of the first 10-mile lap. They would finish in this order.

Carl Josephson and Collin Sidberry took to the start line for both of their first races ever in the
Men’s C field of roughly 10-15 riders. Though Sidberry had to pull out of the race due to a
mechanical issue, Carl Josephson managed a mid-pack finish.

MurphyKate Montee and Jose Lugo represented Notre Dame at the Purdue Cross-Country Mountain Bike race on Sunday, September 19. MurphyKate placed first in the Women’s A category. After an unfortunate start, she pulled ahead, and won in an exciting sprint finish. Jose had a great start, entering the singletrack in the front of the Men’s C pack, but flatted halfway through the lap and had to walk it in.