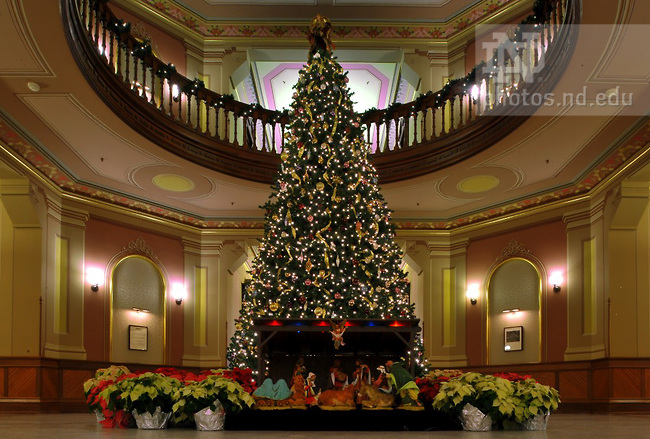 Twas the night before Christmas, when all through the house,

Not a creature was stirring, not even a mouse.

The bikes were parked by the tree with care,

In hopes that St. Nicholas would upgrade them there.

The riders were nestled all snug in their beds,

While visions of Alp d’ Huez danced in their heads,

And Luke in his Nikes, and Emmy in her cap,

Had both settled in for a long winter’s nap.

When out on the roadway there arose such a clatter,

Andrew time trialed out of bed to see what was the matter.

Away to the window John flew like a flash,

The moon on the breast of a new-fallen snow

Made it obvious training outside was a no.

When what to my wandering eyes should appear,

But ND’s Cycling team, all outfitted in gear!

With a little Bolivian, so lively and quick,

I knew in a moment Samuel had started his kick.

More rapid than eagles his leadout they came,

And he whistled, and shouted, and called them by name.

On, Domenic! On, Hurley! On Douglas and Carolyn!

To the last kilometer, 200 meters and all!

As climbers that before the highest passes fly,

When they meet with an obstacle , mount to the sky.

So up to the last corner the riders they flew,

With Purdue in tow, and Lindenwood too.

And then, in a twinkling, I heard on the roof

The giggling and chuckling of one little goof.

As I drew in my head, and was turning around,

Down the chimney Jim Snitzer came with a bound.

He was dressed all in lycra, from his head to his foot,

And his kit was all tarnished with salt lines and soot.

A new Cervelo P5 he had flung on his back,

His quads how they glistened! his calves how hairy!

His cycling cap was all covered in snow,

And poking out of his bag was a Garmin gizmo.

A clump of Clif Bar he held tight in his teeth,

You could tell by his face he liked peanut butter the least.

He had a narrow face and not much of a belly,

Luckily, unlike some, he took showers, not that smelly!

He was witty and pleasant, a right jolly old elf

And I laughed when I saw him, in spite of myself!

A wink of his eye and normal sized head,

Soon gave me to know I had nothing to dread.

He spoke not a word but went straight to his work,

Quickly adjusting derailleurs, such was his perk.

No power meter this year.. up the chimney he rose!

He sprang to his Tarmac, to his team gave a whistle,

And away they all flew like the British Manx Missile.

But I heard him exclaim; ere he rode out of sight,

“Train hard this winter, and challenge Marian you might!”