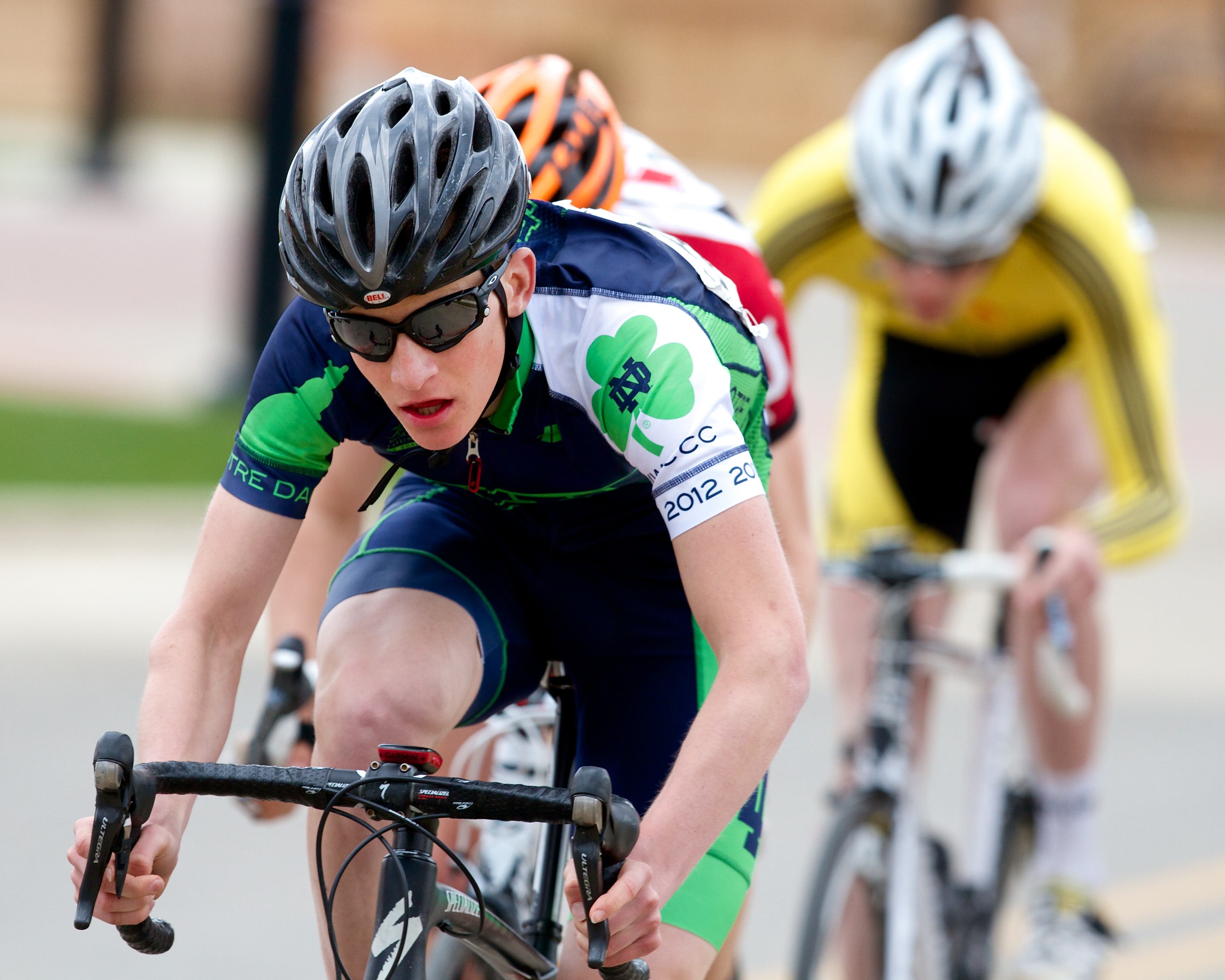 South Bend, IN — Notre Dame men’s cyclist Jim Snitzer (Jr) captured USA Cycling Academic All-Star honors when USA Cycling announced its 2014 team today. Described as an award seeking to recognize “those that go above and beyond by achieving top grades in the classroom while also competing at USA Cycling Collegiate National Championships”, Snitzer was one of 41 riders selected from 22 different schools. In order to achieve Academic All-Star status, an athlete must have attended a USA Collegiate Cycling National Championship in the specified term for that honor and have maintained a 3.5 or higher GPA for the semester during which the nationals event falls.

A Physics Pre-Med student at Notre Dame, Snitzer finished 2nd in the 2014 Midwest Conference DII standings, and was a member of Notre Dame’s bronze medal Team Time Trial squad at the 2014 National Championship held in Richmond, VA.  In 2013, Snitzer also scored a 12th place finish in his national championship debut. Serving as team president during the 13/14 school year, Snitzer is an instrumental member of ND Cycling, both on and off the bike.

As a member of the inaugural class of Collegiate Academic All-Stars, Snitzer is the first Notre Dame student athlete to be awarded this honor.