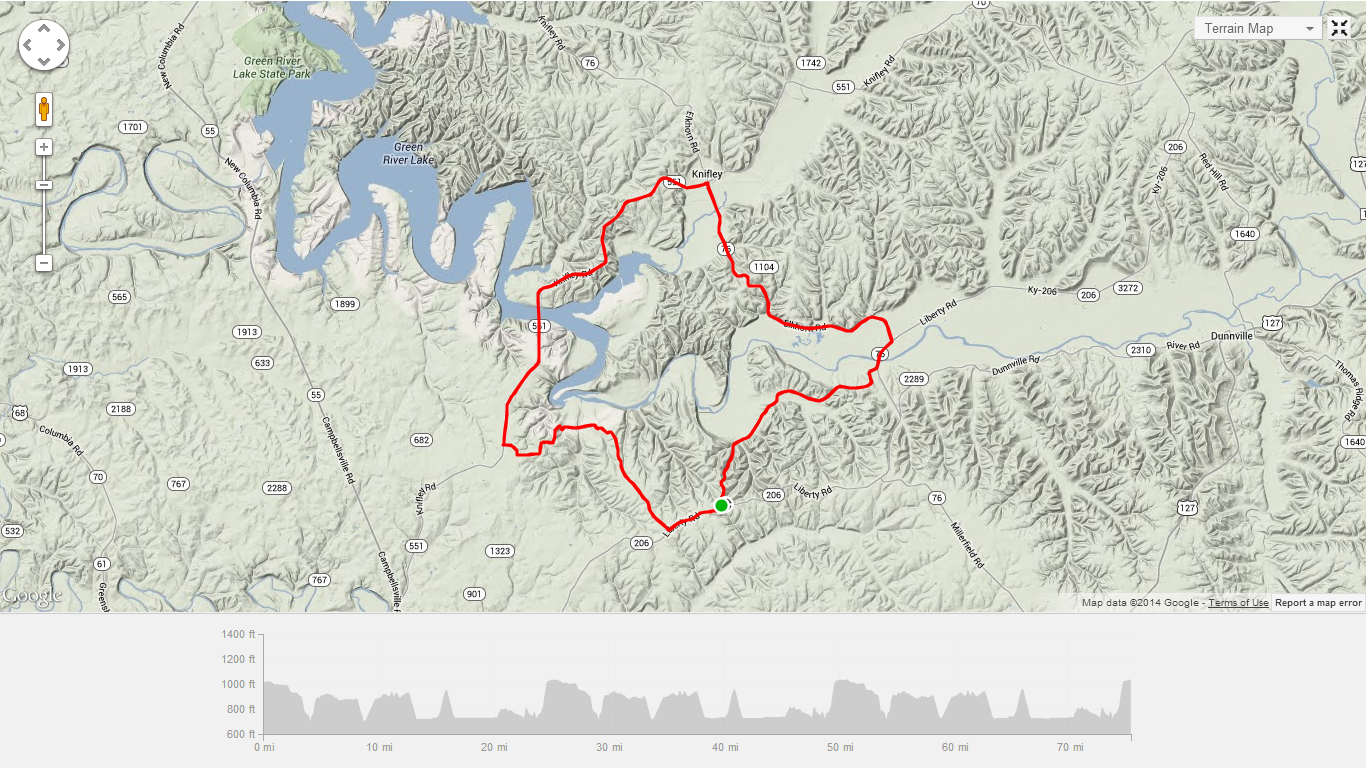 The Midwest conference kicks off with the traditional race in Southern Kentucky the final weekend of February. Often a warm respite from the bitter cold of Northern Indiana winter, ND athletes will be happy to put the perma-cloud behind two weeks from tomorrow.

Lindsey Wilson’s out and back, L shaped, TTT course will challenge riders who likely will not have critical team timing dialed in so early in the season. Starting with a one mile drag race to the first turn, the road then begins a gradual climb that will last another 5km to the turnaround. A good warm up is critical for success here, as in 2013 the ND A TTT lost a great deal of time on this rolling asccent. Start too slowly, and time won’t come back easily on the 30mph plus race down to the start finish.

The scenic RR course, one of the best in the MWCCC, challenges riders with rolling terrain and a steep finishing climb. While much attention will be paid to the elevation profile, riders should be wary of the strong crosswinds likely blowing on the plateau encompassing  the first miles of the circuit. With fitness levels spread over a wide spectrum this early in the season, small gaps caused by the climb are sometimes bigger than they seem over this exposed stretch. In the 2011 Men’s A race, a breakaway formed in these crosswinds on the first lap of the race stayed away for 73 miles to the finish, and a second break formed in this same region on the next lap took the remainder of the top 5. The 2012 running of the Lindsey Wilson RR again saw a breakaway formed in the crosswinds dominate early portions of the race, and was eventually joined by a group of conference favorites sprung by the finishing climb. 2013 was far less aggressive than the prior two years, but again, the stretch of road immediately after the final climb was critical in establishing the winning move. On Sunday, the first criterium of the season will snake around access roads at a local middle school.The 3-turn circuit is known for the short, steep kicker setting up the long approach to the finish. Categories held late in the day will likely deal with a nasty crosswind on the front stretch. If raced aggressively, this is a brutal course that has seen more than half of the Men’s A field retire early in recent seasons.