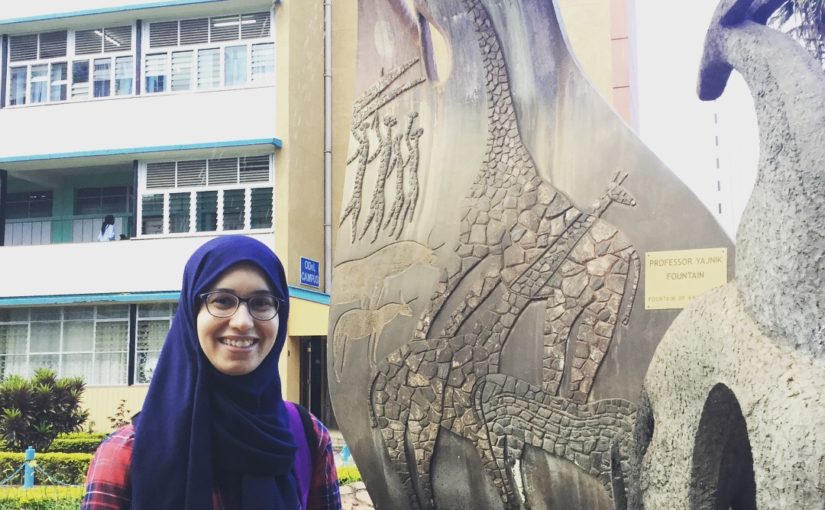 Today, it has been two weeks already for me here in Nairobi, Kenya. Time flies so fast but my feeling is one of familiarity as if I have seen or lived in this place before. Actually, this is my first extended visit to East Africa, two years after a short visit to neighboring Tanzania.

Nairobi is also called “the green city in the sun,” as I was told by a Kenyan Somali lady I met. She tells diverse stories, some are glorious and some are worrisome.

I DISCOVER A CITY OF RELIGIOUS DIVERSITY

Here, respect for diversity and religious freedom are not slogans for an election campaign. Indians and Somalis specifically found a home here. They became Kenyans and built flourishing communities thriving through business and culture. My Somali friend, whom I met when I visited the local mosque, told me that Kenyan Somalis are proud of their country and feel free to practice their religion and wear religious garments according to their beliefs. I am an eyewitness to this fact as well. While strolling through the busy areas of the city, I saw splendid mosques, beautiful churches, and magnificent Hindu temples scattered all around for all the believers to worship and connect with their faith.

We even found a small China town for the Chinese community that has grown throughout the years with the rise in Chinese investments in the country.

WE SEE OUR i-LAB CHALLENGE UP CLOSE

Those were some facts from the bright side of Nairobi. The gloomy side to the city is instantly noticeable through the deteriorated road network and the crazy traffic. A researcher from our partner organization, the Institute for Economic Affairs (IEA), told us that the number of cars circulating Nairobi alone is equivalent to all the cars circulating the entire country of Ethiopia. The bad road conditions are an issue rooted in poor urban planning on the surface, but they are also symptomatic of the widespread corruption that is draining the country’s resources. Our project with the Institute of Economic Affairs (IEA) is to assess devolution—transferring power to local levels—in Kenya. It is a chance to have an inside look into Kenya’s ambitious devolution system, established with the constitutional reform of 2010. In addition to our general observations of Nairobi, we will conduct intensive interviews with the city officials, 9 independent commissioners particularly. We will use this information and insight to dig deeper into the political economy of devolution.

We are also traveling to 2 rural areas, Baringo and Elgeyo Marakwet counties, next week for more interviews with stakeholders from different sectors to complement the picture. This was a deviation from the initial plan, which was centered on the 6 urban areas of Kenya. But I see this addition as necessary to get a holistic view on the focal question of the project.

All in all, everything seems more promising and enlightening to me with time as I get to immerse myself in the local culture and think more about the various challenges Kenya is facing on the way towards a better future.

Hakuna Matata, Keough School of Global Affairs, the Kenya team will carry out our mission!