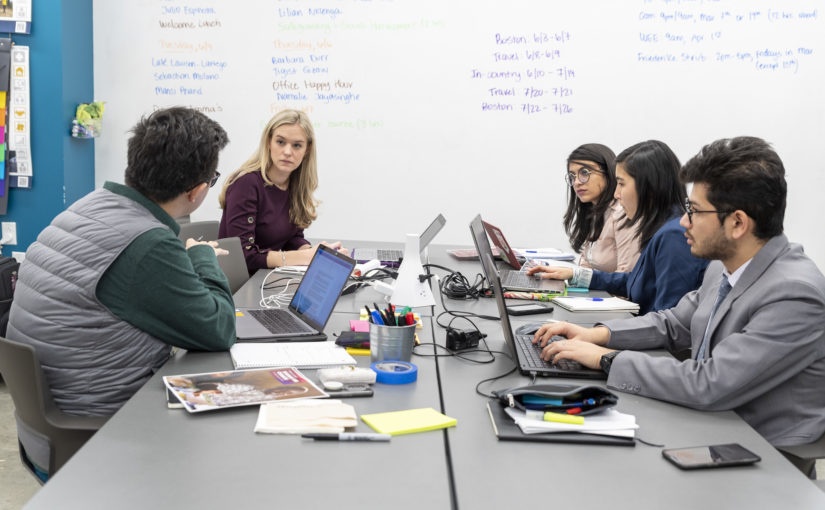 I have gone over this blog in my mind for a long time. How should I write something that is true to the difficult conditions of people’s lives in Timor-Leste without trivializing the work that they have already achieved? How do I talk about the resilience and ethic of the Timorese without patronizing them and exotifying their struggles? Should I even try? Is it even valid for me to claim some or any knowledge of their lives given my privilege as someone only passing by?

Our Integration Lab project with Oxfam is primarily evaluative—we have travelled to Timor-Leste, and further still to an enclave called Oecusse splintered from mainland Timor-Leste and surrounded by Indonesia. We have collected stories through interviews with fifty participants in Oxfam’s Saving for Change (SfC) project and key informants within Oxfam, other civil society organizations, and the government in the span of two weeks. However, I am not naive enough to think that we have alleviated or assisted the people we accompanied (for only two weeks, at that!) to the extent that they want or need. It is with great trepidation and self-evaluation that I even start this blog. Furthermore, this blog is not a criticism of the entirety of developmental work and the organizations that are continuing to do good. This post is a call for all burgeoning and hopeful practitioners in the Keough School, many of whom will undoubtedly get jobs in high positions, to start their careers with honest questioning and reflection on their privilege and power and how that impacts the interactions that we have.

Our project aims to assist women’s economic empowerment through SfC implemented by Oxfam’s local partners. The challenges these women (and men) face are immense; our work aims to see how we might better assist in the implementation of this program and whether this can be scaled up to include vocational training, financial literacy, or access to markets. We also looked at the possibility of structuring a multi-country program around women’s economic empowerment with interest from Oxfam in Cambodia, Laos, and Vietnam. We hope to inform Oxfam (both the US and country offices) through our research while also being acutely aware of the limitations of our study, given the short time frame. There’s also the matter of power dynamics—as representatives of Oxfam, we were in a position of power given the majority of our interviewees were beneficiaries of Oxfam’s project.

Oxfam, to its immense credit, employs local staff and funnels its programming through local organizations that already have a presence in the communities that they help. It is also one of very few organizations that aims to be involved in advocacy on such sensitive issues as gender equity and sexual violence. Local partners, even when fully stretched in terms of funding and personnel, were available to help and assist our little project. The Oxfam office in Oecusse is entirely run by local Timorese staff while the office in Dili, the capital, has only three to four non-Timorese staff. This integration of local knowledge, staff, and expertise gives me hope that development work occurs at the grassroots level and is not entirely funneled through outside organizations often in the Global North.

It is hard not to notice the influence of INGOs, aid agencies, and international governments in shaping Timor-Leste, one of the youngest countries. For nearly 400 years, the Portuguese had a colonial presence in the country, only for the Indonesians to occupy the area from 1975 to 1999, after which the UN ushered in democracy by organizing the first election in 2001. The agencies that have worked here since the country’s independence in 1999 have done immense work in assisting to forge a country that is well-equipped politically and socio-economically, but there is still a lot to be done. All of this, however, could not be achieved in a such a short period of time without the will, ingenuity, and work of the Timorese.

REFLECTIONS AND THE NEED TO QUESTION

While we can all celebrate the UN and the various other organizations in attempting to better Timor-Leste, can we also not simultaneously question the problematic nature of the powerful in co-opting the course of an entire country? I fully admit that this is reductionist; that the people who are coming in for development are not the same as those that colonized and brutalized this country, but it must also be acknowledged that the countries who come in now and have the capacity to extend this “help” are also the ones who predominantly benefited from the colonization and exploitation in the first place. Is there nothing problematic with colonizing a country for 200+ years, stripping its resources, undermining and oppressing its people, leaving it barren with little to no institutional capacity to build itself up and then having the audacity to come back in with supposed aid and expert advice?

In today’s political climate—with the rise of religious populism, toxic nationalism, and many Western countries’ flirtation with heavily-right leaning political parties—it is often considered taboo to question the inherent power structures in the world. As master’s students, we are taught to question everything, and yet, I have found that this only applies up to a point where the answers, or even the questions, start making us uncomfortable. Questioning development does not mean that you do not appreciate the good things that have been achieved; however, given the current polarization of people’s beliefs, I can see why criticism is mistakenly equated with hostility towards development.

The Keough School has given me the chance to analyze development work as a practitioner, and it would be a disservice to myself as well as the people who we aim to accompany if I did not reflect deeply on this. Self-reflection on what one is doing, especially given the privilege one holds and understanding how that privilege and power was attained, should be a prerequisite if we are to continue to practice development work. My team and I planning our project with a representative from Oxfam in the i-Lab.

A little bit of humility goes a long way. You are not going to change the lives of the people with just one product, report, or evaluation. Knowing one’s limitations and approaching others with humility is a simple notion, though rarely practiced. Mixed together, there needs to be a reevaluation of what one’s final product really is. Is our report or product really adding something insightful that others before us have not already noticed or reported on? Through humility, reflection, and active listening, we can attempt to build on what has already been achieved and produce something useful.

There is a need for more evaluative projects, like Oxfam’s, where participants are given an equal voice to raise their concerns free of pressure. Only through honest and critical self-reflection can we practitioners truly move forward.