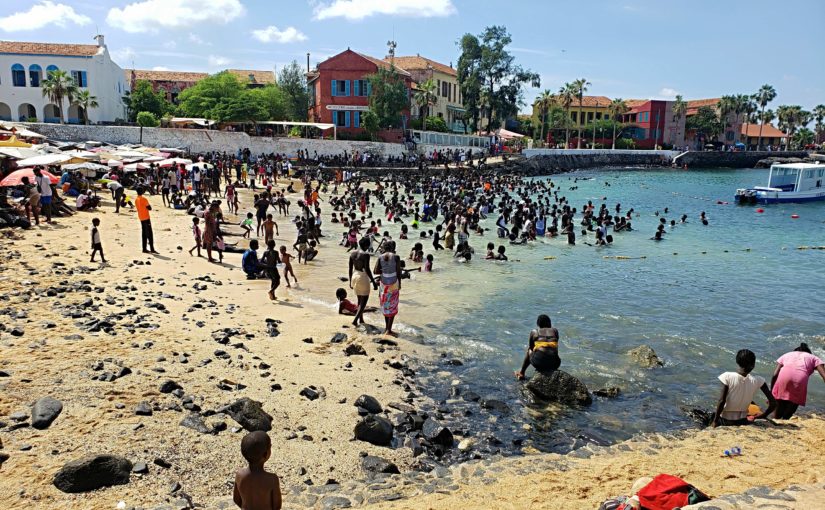 The first time I put my foot down on African soil in Ghana, I wanted to cry. Feeling the heat that borders on oppressive with not a single hint of breeze may not be everyone’s idea of paradise, but I loved it. Now I’m here again, in The Gambia this time, enjoying the sun as my dark skin absorbs its rays.

Rewind to 20 years ago when Africa was little more than another name on a map, my parents worked hard to make sure that my brother and I had every opportunity not always afforded to people of color. One huge step in this process was packing us up and out to the suburbs of Philadelphia.

My school district was extremely diverse, and I am only now just realizing that my circle of friends looked like a cheesy brochure promoting diversity. I got the odd racial joke of being called an Oreo, and my family and I made a game of seeing how many Black people we saw when we went to dinner, but I lived my childhood blissfully ignorant of present-day racism and prejudice.

And then there was college.

My choice was between a HBCU and a Pennsylvania state school in the middle of farmland. In the end, I couldn’t ignore the money. State school it was. I have never regretted my decision, but I was definitely a black speck of ebony in a sea of ivory.

So, when I graduated and joined the Peace Corps, I told them I didn’t care where they put me, but it needed to be Africa.

I spent the next 2 years in Ghana where I was different, but not obviously so. I was a Black person in a Black country. People assumed I was one of them, and I loved it. There were challenges—Ghanaians had a lot less patience with me compared to white volunteers when teaching their culture—but I was finally among what felt like my people.

And then there was grad school.

I love the Keough School, but its demographics don’t spill out to the rest of the University. I have found myself more racially defiant than ever, wearing my Nah- Rosa Parks shirt with my fluffy halo of hair all the while secretly wondering how Black is too Black for ND.

Now how does any of this relate to my time in The Gambia right now?

Well, this time, I feel lost.

Before college, I was just an American kid. In college, I gripped my identity as a Black woman tight. In Ghana, I was able to celebrate being around Black people. At Notre Dame, I played the woke Black American. Now, I am acutely aware of how American I am because here, there is no Black and white America. It’s all America, and America is white.

Where does my Blackness fit in? Do I subscribe to the American identity I grew up with, or the African identity that is my history, no matter how distant and forgotten?

I’ve done 23&me, so I know that my DNA test says I have a lot of West Africa in my blood (along with a significant amount of European but who would accept that), but I can’t tell you generations back what my ancestors did. I don’t find it a privilege to live with my parents until I marry, which apparently should have happened already. Even my name, with the Br, is hard to pronounce here.

And I LOVE personal space, a concept severely missing here.

It’s not that these differences didn’t exist in Ghana. I was just so excited to be around Black people that I minimized them.

I’m too Black for America and I’m too American for Africa.

And it’s only worse when I hang out with the white expats. Visually, I can pass for Gambian so when I go out, I feel the Gambian eyes linger on me a little longer. It’s like I’m too similar for them to understand that I’m not like them, and by not acting like them they see it as me rejecting their Gambian culture.

So for all of you who look like TV’s version of America or know the origins of your people, make a little effort to appreciate that privileged knowledge and comfort in knowing exactly who you are. We don’t all have that luxury.

Top Photo: A decidedly not personal-space friendly lounging area at the beach.