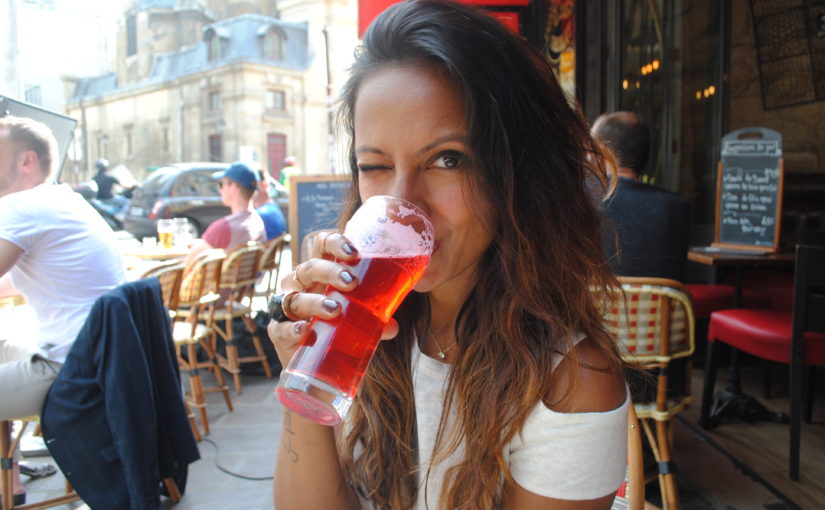 The word “baguette” describes a carbohydrate, the wizarding world’s no. 2 pencil, and the contents of my family’s utensil drawer. This is the culture of French cuisine perfectly manifested in the language. I recounted my revelation to my French friends, but it seems I’m the only one who finds this hilarious.

French meals are three courses, comprised of an entrée, a plat principal, and a dessert. When you go to a French restaurant, there are formules that convince (or manipulate) you into getting all three courses. I won’t fight it. One of my favorite entrées is the chèvre chaud, which is a bed of romaine topped with warm chèvre cheese, jumbo croutons, and French dressing. The plat principal follows the entrée, and is could be a protein with greens and potatoes on the side. To finish off a French meal, you might have fromage blanc for dessert, which is a sweet yogurt cream hybrid. Dessert includes a shot of espresso, locally coined un café. I shared dinner with my host family five times a week, which was agreeable for both my language learning and appetite. Frommy was an excellent cook! She spoiled me with quiches, pastas, various meat dishes, and casseroles. At the end of each meal, she would break out the bread and the most magnificent assortment of cheeses. Frommy wasn’t too big on sweets, but that was probably for the best. My favorite of her dishes, was a salade compote, which had romaine, corn, parmesean, ham, tomatoes, and cucumbers all dressed in olive oil, salt, and pepper!

After 5 weeks pampered with French cuisine, I moved into an AirBnB, and was left to fend for myself. This was a blessing in disguise, because then I discovered Paris’ plethora of outdoor markets. Each arrondissement of Paris has a unique local market, each with its own character and charm. I love browsing through the colorful selection of produce, exotic meats (duck and rabbit?), fresh seafood, bread, and cheese. There are over 300 types of cheese that originate in France. Depending on the market, you may also find prepared dishes, used books, clothing, and plants.

As much as I love cooking, there is nothing really quite like the French café. In the mornings, locals relax over espresso and gentle conversation. During meal hours, you can see folks enjoying courses of bread, salad, meats, and dessert. As the daylight dims, Parisians sip wine and laugh amongst friends. Grocery stores close at 9pm, but cafes remain lively until 2am. Seating is so packed that you often move the entire table to settle down, and so intimate that only a few, animated, decibels above a whisper are sufficient. French cuisine and meal-time etiquette gave me great insight to their way of life. They value quality time, food, and company. The outdoor terrace culture also reveals the mild nature of Parisian weather, because this would not fly in South Bend, IN.