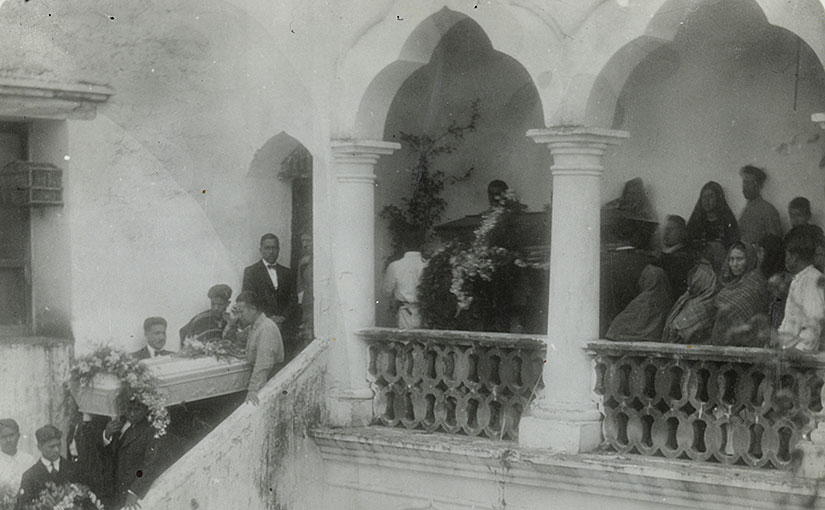 Photographs and postcards of Father Miguel Pro, a high-profile victim of the Calles regime, are a highlight of both collections. Father Pro was sentenced to death without a trial for his alleged involvement in an attempt on the life of former Mexican president, Álvaro Obregón. In a political miscalculation, Calles allowed the media to photograph Pro’s execution. Rather than deterring rebels, the resulting images of Pro made him a martyr and his death inspired devotion.

The following series of six images includes portraits of Pro in life and in death and documents his execution.

According to the text of the Cristero Rebellion Martyrs photo album, Father Pro welcomed his martyrdom. He forgave the agent that had apprehended him and even embraced him before kneeling, crossing himself, and reciting the act of contrition. Pro then stood, kissed his crucifix and extended his arms, with rosary in one hand. He stared, “without blinking an eyelash, at the rifles pointed at his chest,” and uttered the cry of the Cristero movement, “¡Viva Cristo Rey!” before he was shot.

The collections also include images of Luis Segura Vilchis, Humberto Pro, and Juan Tirado Arias, all of whom were condemned along with Father Miguel Pro, as well as many other adherents of the Cristero movement.