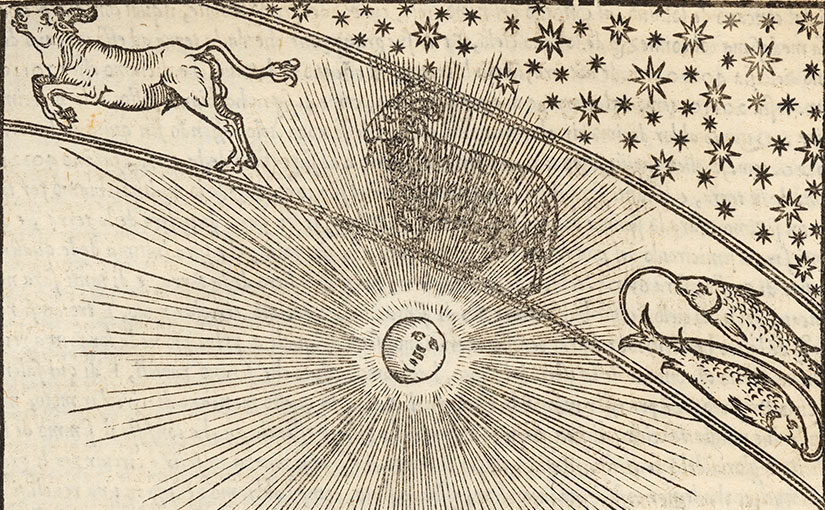 Today’s coloring sheets come from our current exhibit, “Bound up with love…”: The extraordinary legacy of Father John Zahm’s Dante Collection. 2021 marks the 700th anniversary of the death of Dante Alighieri, recognized by Special Collections in this exhibit showcasing the preeminent Dante collection held by the University of Notre Dame and begun by Rev. John A. Zahm, CSC. The exhibit is curated by Tracy Bergstrom (Curator, Italian Studies and Dante Collection), Chiara Sbordoni (Adjunct Professor in Italian, Rome Global Gateway), and Demetrio Yocum (Senior Research Associate, Center for Italian Studies).

The exhibit is open to the public through December 17, 2021. 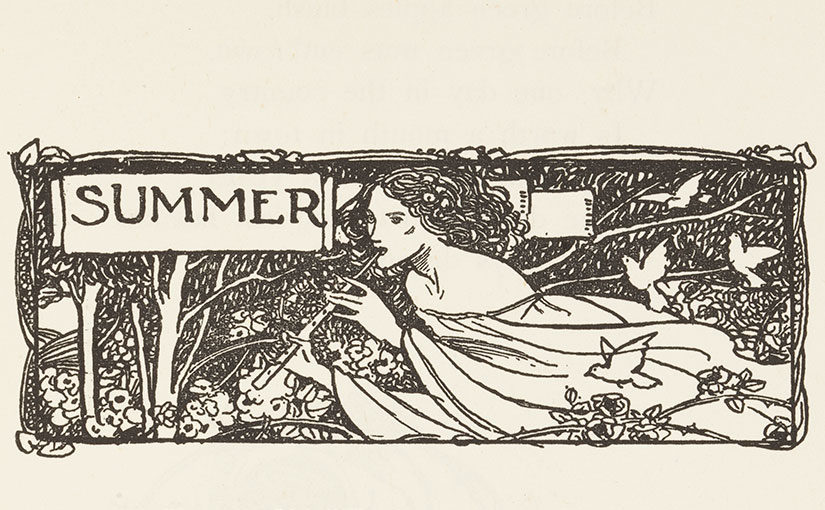 Today’s coloring sheet features an illustration by Florence Harrison from Poems by Christina Rossetti (London, Glasgow & Bombay: Blackie and Son, Ltd., 1910). The image comes at the end of the poem ‘Summer’ — something most of us are looking forward to at this point!

If you’d like to see more of this item, make an appointment to visit us and ask to see the book in person — the call number is on the coloring page.

Good luck with the end of the semester, everyone! 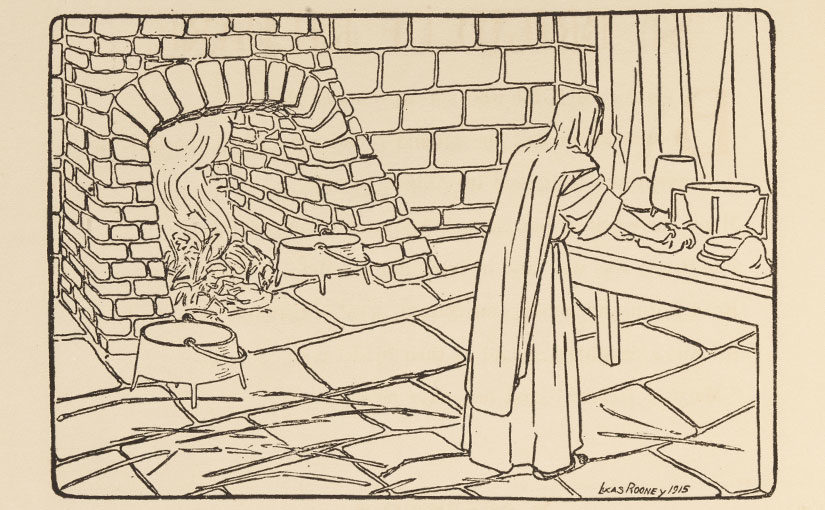 In our exhibition of Irish children’s literature some years ago, we showed the first children’s alphabet book written completely in Irish that we know of — Na Rudaí Beaga (c. 1920) by Pádraig Ó Bróithe, illustrated by Lucas Rooney. We recently added a bilingual alphabet to our collection. An Alphabet of Irish Saints, illustrated by the same artist, was first published in 1915.

This book has a two-page spread for letters of the 18-letter Irish alphabet, each entry listing a saint and including a verse in English by Charlotte Dease and one in Irish by Tadhg Ó Donnchadha. An illustration, an ornate letter in the Gaelic font, and notes on the saint and associated place and festivals complete each entry.

The English verse refers to the story of Brigid receiving a promise that she could have all the land that her shawl, or mantle, could cover, to build her abbey. Her shawl spread to cover a great expanse of land. While this verse suggests a learned woman leader who could also cook, scrub and sew, the Irish verse must have been far less appealing to any young reader. It takes the form of a prayer to St. Brigid, and the prayer asks that the comely young women of Ireland would emulate her in practicing hard work.

Whether or not Brigid was a real person, an abbess in the fifth century, her legends have been part of Irish tradition and custom for centuries. In fact, look closely at the illustration above, and see the rushes strewn on the floor. These were surely added by the artist in reference to the story of the saint weaving a cross of rushes from the floor, and hence the traditional Crois Bhrighde, or Brigid’s Crosses, made at this time of year around the island of Ireland through many generations.

From February 1-5, 2021, libraries, archives, and other cultural institutions around the world are sharing free coloring sheets and books based on materials in their collections. Visit The New York Academy of Medicine Library’s #ColorOurCollections site for more information and to find other color options. 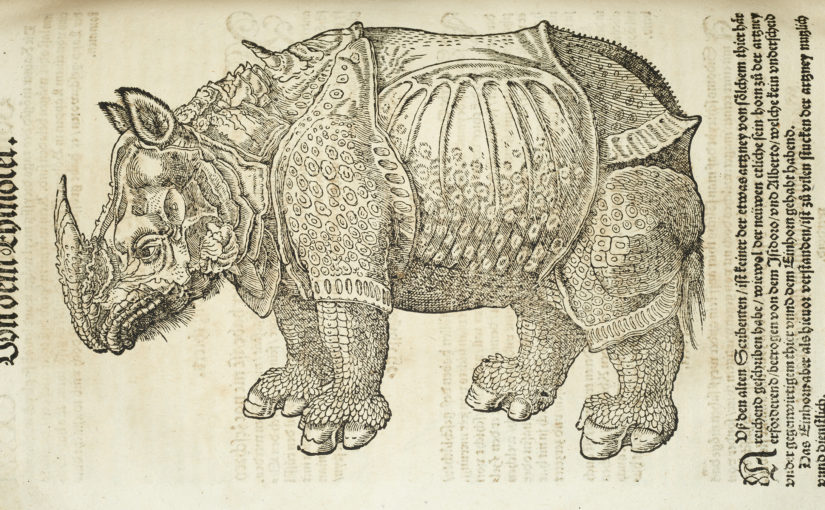 Today’s coloring sheets come from our current main exhibit, Paws, Hooves, Fins & Feathers: Animals in Print, 1500-1800. This exhibition presents the animals of early modern European books of natural history — meet some of the animals featured in our exhibit, and more of their friends found in the early printed books on display, in this week’s coloring pages.

The exhibit is open to the public through July 2020. For more information or to schedule a tour for your class, organization, or interested group, please contact the curators, Erika Hosselkus and Julie Tanaka. Today’s coloring sheet comes from our current spotlight exhibit, Libros de Lectura: Education and Literacy after the Mexican Revolution / Educación y Alfabetismo despues de la Revolución Mexicana. This exhibition highlights our growing collection of textbooks from the first half of the twentieth century in Mexico and examines literacy efforts in the decades before and after the formation of the National Free Textbook Commission, and is curated by Erika Hosselkus (Curator, Latin American Collections).

The exhibit is open to the public through August 2019. 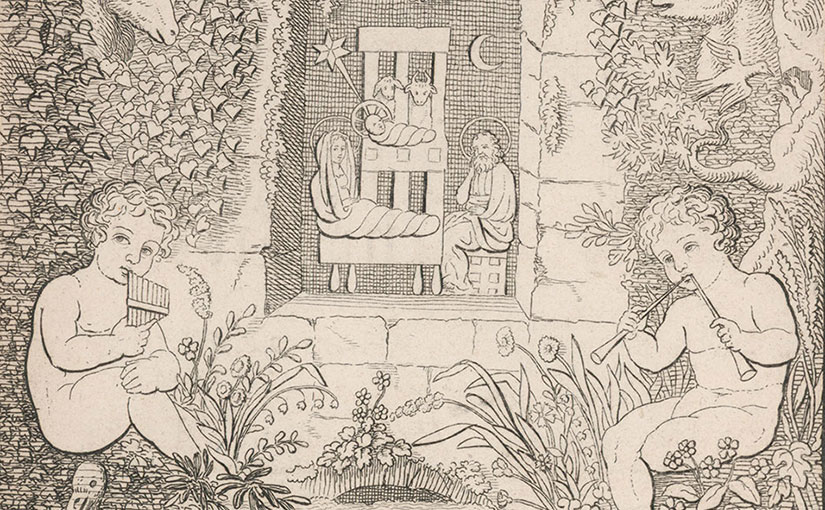 Today’s coloring sheet features the frontispiece from the first volume of Ludwig Achim von Arnim’s Des knaben Wunderhorn. Alte deutsche Lieder (Heidelberg: Mohr und Zimmer, 1819). If you’d like to see more of this three volume work of German folk songs, come visit us and ask to see the book in person — the call number is on the coloring page. Good luck with the end of the semester, everyone! 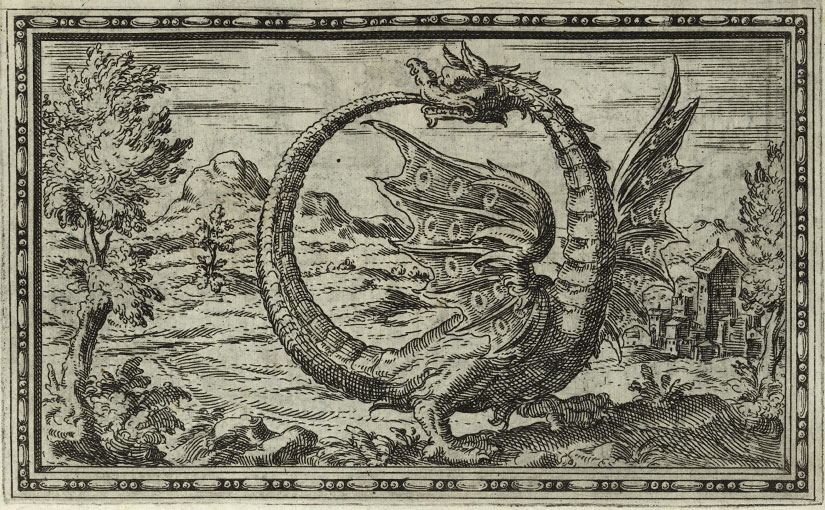 Good luck with the end of the semester, folks! 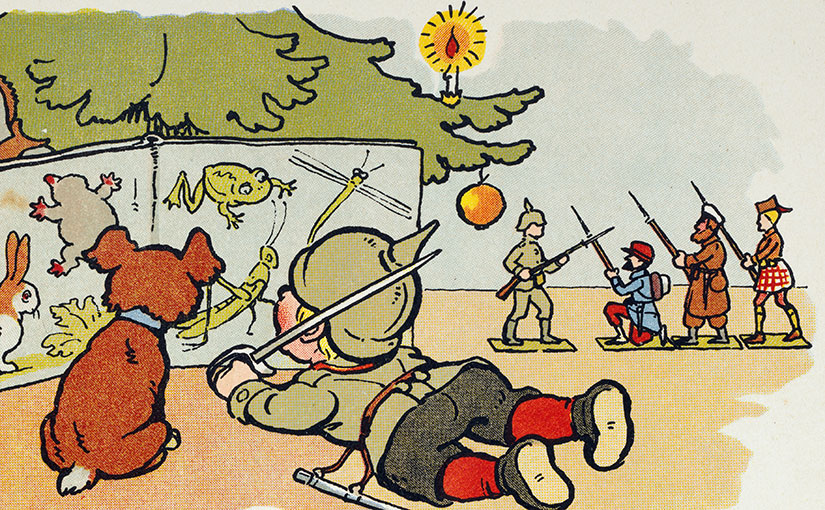 Patriotism and militaristic pride abound in colorful picture books from the World Wars. Good German boys aid troops and boy-soldiers defeat the enemy in the name of their Fatherland.

The spotlight exhibit for July and August features Hurra! Ein Kriegs-Bilderbuch by Herbert Rikli and Manövertag: Ein Soldatenbilderbuch by Erich Rohden and illustrated by Fritz Koch-Gotha. This exhibit is co-curated by Sara Quashnie, a MLIS Candidate at the University of Illinois, Urbana-Champaign, and Julie Tanaka, Curator of Rare Books.

Today’s coloring sheet comes from the materials featured in the spotlight exhibit. Today’s coloring sheet comes from our current exhibit, “Preserving the Steadfastness of Your Faith”: Catholics in the Early American Republic. This exhibition displays examples of American Catholicism expressed through (mostly) printed texts from 1783 through the early 1840s and is curated by Rachel Bohlmann (U.S. History & American Studies)and Jean McManus (Catholic Studies).