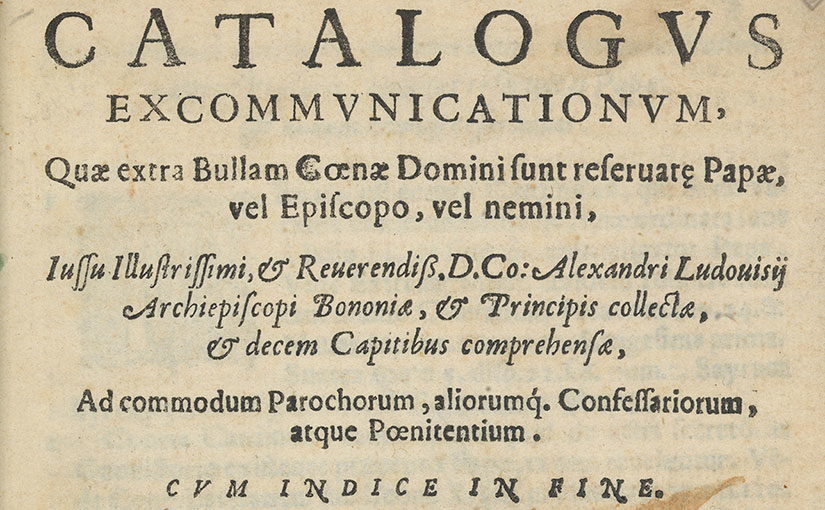 Hesburgh Libraries has recently acquired an interesting and extremely rare early modern work, Alessandro Ludovisi’s Catalogus Excommunicationum, quae extra Bullam Coenae Domini sunt reservarae Papae, vel Episcopo, vel Nemini, iussu illustrissimi… (Bononiae, 1613). Ludovisi (1554-1623), a native of Bologna who would later become Pope Gregory XV from 1621-1623, compiled what is essentially a handbook that details which types of persons—religious and secular—can be excommunicated, for what reasons, and who has the particular authority to do so.

For example, chapter one concerns the excommunication of prelates (cardinals, bishops, nuncios, etc.) by the Pope himself; chapter two covers lesser clerics, chapter four, nuns and chapter six, Inquisitors. Chapter seven deals with secular lords and nobility, while chapter eight discusses various professions, including magistrates, university rectors, governors, and scholars. Chapter ten concerns all those who can be excommunicated by a bishop alone.

We have found no other copies of this title held by other North American libraries. 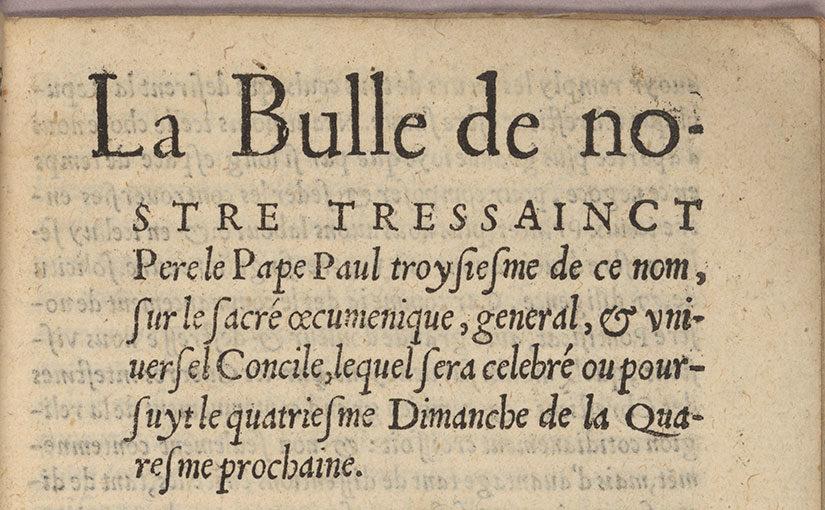 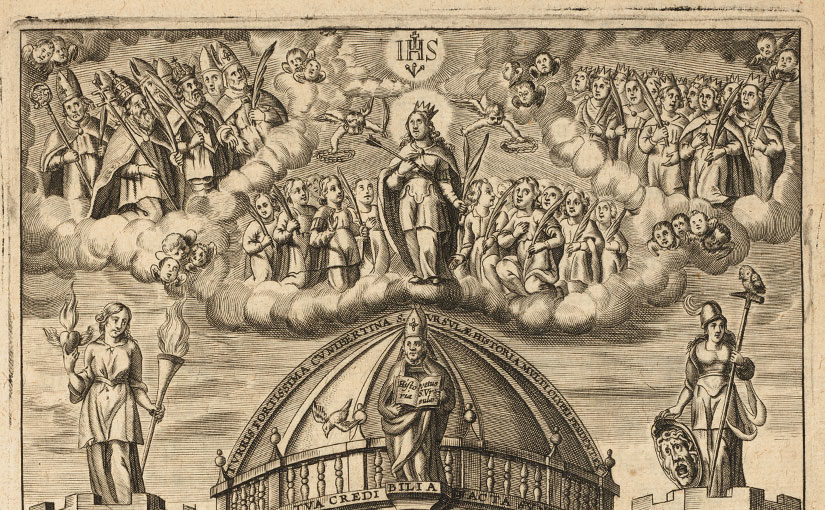 Hesburgh Libraries has recently acquired a fascinating and important early modern work on the story of St. Ursula, a fourth-century British princess who tradition relates was martyred along with her 11,000 female followers by the Huns while on a pilgrimage to Rome. Vita et Martyrium S. Ursulae et Sociarum Undecim Millium Virginum etc. (Coloniae Agrippinae, 1647) by the Jesuit Hermann Crombach is an extensive defense of the legend’s historical veracity, as well as a detailed attempt to identify as many of her virgin companions as possible.

There was a resurgence of St. Ursula’s cult in the seventeenth century that witnessed the publication of a number of titles related to her; this tome “provides the most encyclopedic hagiographic coverage of the cult ever published.” ( Cartwright, The cult of St Ursula and the 11,000 virgins, 2016, p.21-22). This renewal of interest in the saint should probably be seen through the lens of the Catholic Reformation, in which detailed investigations into the authenticity of relics, saints’ legends, etc. were held up as proofs of the church’s reliability in transmitting her traditions.

Crombach’s exhaustive approach even included an attempt to identify as many of Ursula’s companions as possible and the inclusion of three finely engraved maps attempting to trace the route of the retinue from southwest England to Rome, before they turned north and were martyred in the defense of Cologne—besieged at the time by the Huns.

We have identified only five North American library holdings of this work.

Please note that the corridor outside RBSC is temporarily narrowed to a pedestrian tunnel due to ongoing library renovations, but we remain open regular hours.

Please join us for the following public events being hosted in Rare Books and Special Collections:

Daughters of Our Lady: Finding a Place at Notre Dame, an exhibition of materials from the University of Notre Dame Archives curated by Elizabeth Hogan and reflecting on the 50th anniversary of coeducation at Notre Dame, opened late-August and will run through the fall semester.

RBSC will be closed Monday, September 5th,
for Labor Day. 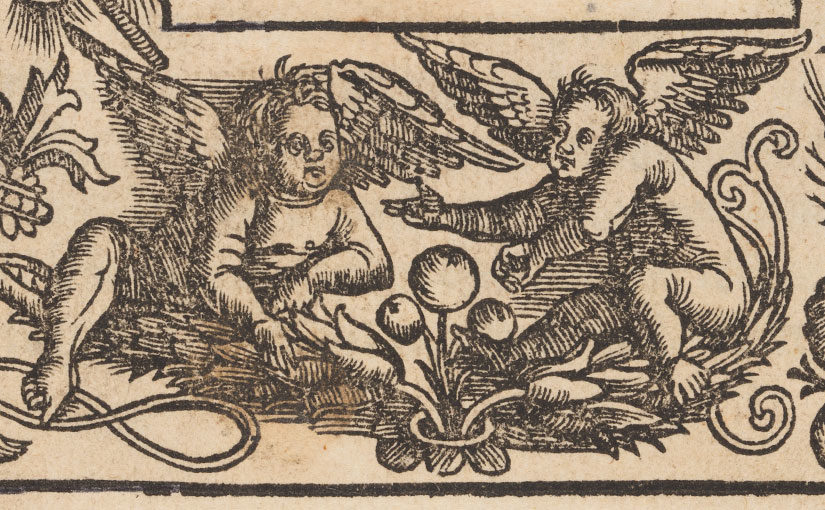 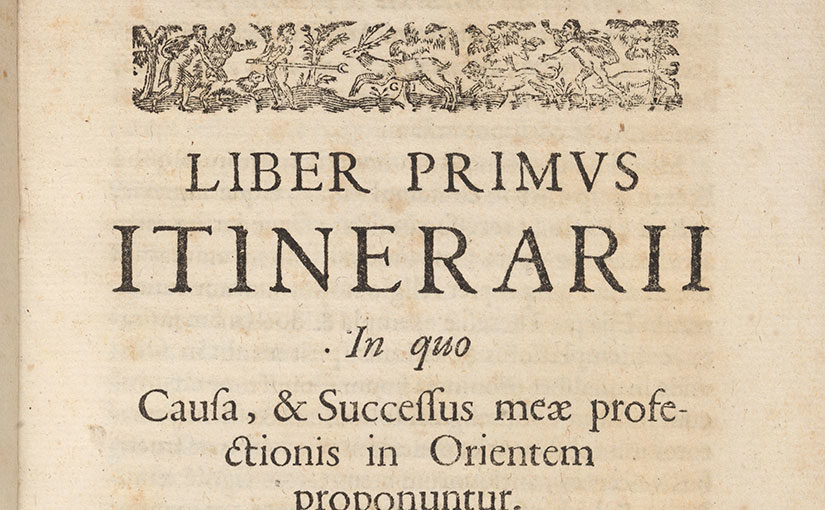 Philippe traveled through Syria, Armenia, Persia and India, describing the situation of Christians abroad as well as taking notes on the flora, fauna, and geography of the places he visited. The work contains ten chapters; the eighth and ninth offer descriptions of the various Christian missions to the Middle and Far East, including an account of the martyrdom of two Carmelite missionaries in Sumatra in 1638.

The author (1603-1671) eventually settled in Goa (India), where he taught until he was elected General of the Carmelite Order in 1665.

We have found only three other North American holdings of this edition. 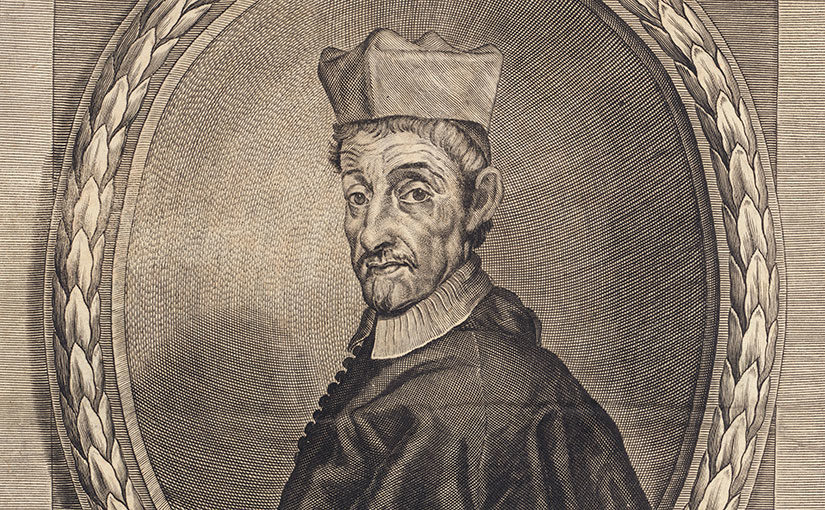 The first work, in which this Augustinian hermit (1631-1704) attacks Pelagianism and its emphasis on the efficacy of human free will and denial of original sin, was almost immediately suspected of propounding Jansenist doctrines; accompanying this copy is an extremely rare Inquisitorial broadside announcing the suspension of the title from the Spanish Index of Prohibited Books in 1758, accomplished after protracted lobbying by the Augustinian Order and the intervention of Pope Benedict XIV himself in 1748.

The second work on the church’s Fifth General Council deals with the Second Council of Constantinople (553) and supports the council’s condemnation of Nestorianism, which emphasized the distinction between Christ’s human and divine natures and denied that Mary could be called the Mother of God (in Greek, Theotokos).

Cardinal Enrico (or Henry) Noris, of Irish ancestry, held the Chair of Church History at the universities of Pesaro, Perugia, and Padua before gaining a position as Assistant Librarian in the Vatican in 1692; he became the full Librarian in 1700.

We have found only five other North American holdings of this edition.

POSTPONED—NEW DATE WILL BE ANNOUNCED WHEN KNOWN: Thursday, April 7 at 4:30pm | Ravarino Lecture: “Pandemic and Wages in Boccaccio’s Florence” by William Caferro (Vanderbilt).

Rare Books and Special Collections will be open regular hours during Reading Days and Exams (April 27 – May 5). We welcome those looking for a quiet place to study.

Rare Books and Special Collections will be closed April 15 in observance of Good Friday.

Thursday, March 24 at 5:00pm | The Italian Research Seminar: “We, the People: Strategies of Representation in the Italian Novel” by Roberto Dainotto (Duke). The Spring lectures are being planned in a hybrid online and in-person format; registration for online access is available via the event description page. Sponsored by Italian Studies at Notre Dame.

The semester-long Ulysses exhibition will be supplemented by a temporary ‘pop-up’ display of books and art. Visitors are welcome to come during any part of the afternoon. At 3:30, there will be a short talk titled “Joyce, Proust, Paris, 1922” by Professor Barry McCrea.

Registration is encouraged but not required. Read more and register