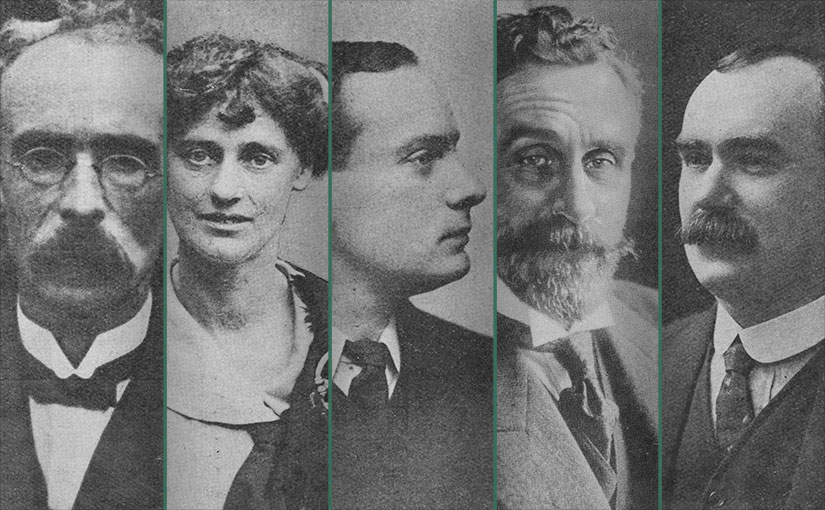 This year marks the centenary of the Easter Rising, the rebellion that led to the eventual establishment of an Irish Free State. The University of Notre Dame’s Keough-Naughton Institute is at the forefront of the impetus to re-examine the events of 1916, with Professor Bríona Nic Dhiarmada’s three-part documentary, 1916 The Irish Rebellion which will be shown on public television in Ireland, the U.S. and at screenings throughout the world.

Notre Dame will also be the center of Irish studies for five days this spring as host to ACIS (the American Conference for Irish Studies). Over a thousand visitors are expected at this conference.

In Hesburgh Libraries Rare Books and Special Collections, a special exhibit to mark this centenary is on display from February 12th until April 28th.

The exhibit draws from the Hesburgh Special Collections and includes books written by people involved in the events as well as contemporary accounts of the rebellion. Letters on display include one from Roger Casement. An extremely rare first edition of W. B. Yeats’s poem Easter, 1916 is part of the exhibit.

From the University Archives, a book recording the subscriptions of South Bend residents to an Irish government bond will be on display.

The exhibit is open to the public from 9 to 5, Monday through Friday.