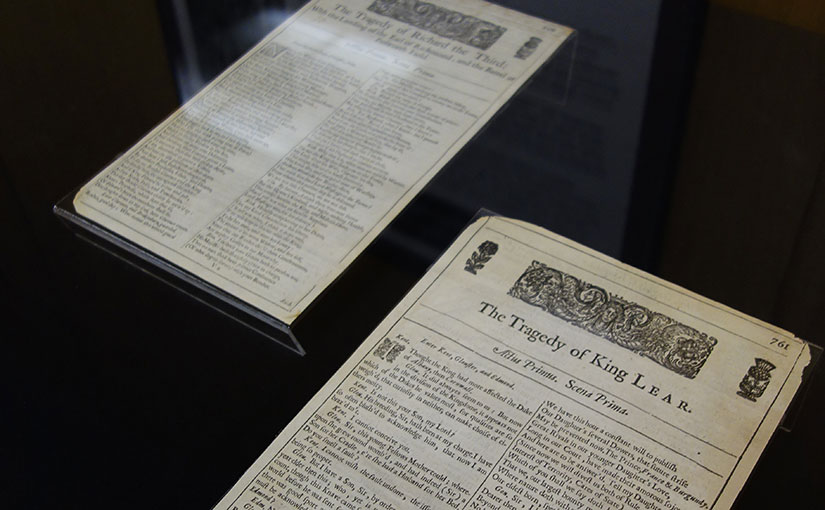 The posthumous First Folio printing of William Shakespeare’s plays in 1623 represents a landmark development in the history of English drama, rescuing some of the bard’s works that would have been lost forever. The earlier editions that do exist, however, differ markedly from the First Folio, and there is little evidence that Shakespeare oversaw their publication. What, then, is the “real” text?

The Shakespeare we know emerges from hundreds of years of this debate. Current holdings and recent acquisitions in Rare Books and Special Collections shed light on the discussion as it developed into the nineteenth century. Selections from the Second and Third Folio accompany printings by some of Shakespeare’s earliest critical editors, including the famous poet Alexander Pope and the moral censor Thomas Bowdler.

This month’s spotlight exhibit is curated by Daniel Johnson, English Literature and Digital Humanities Librarian, and accompanies the special traveling exhibit “First Folio! The Book that Gave Us Shakespeare, on tour from the Folger Shakespeare Library.” The exhibit is open to the public 9:00am to 7:00pm Monday through Friday and noon to 5:00pm on weekends, through January 29, 2016 (extended hours due to the “First Folio!” exhibit).