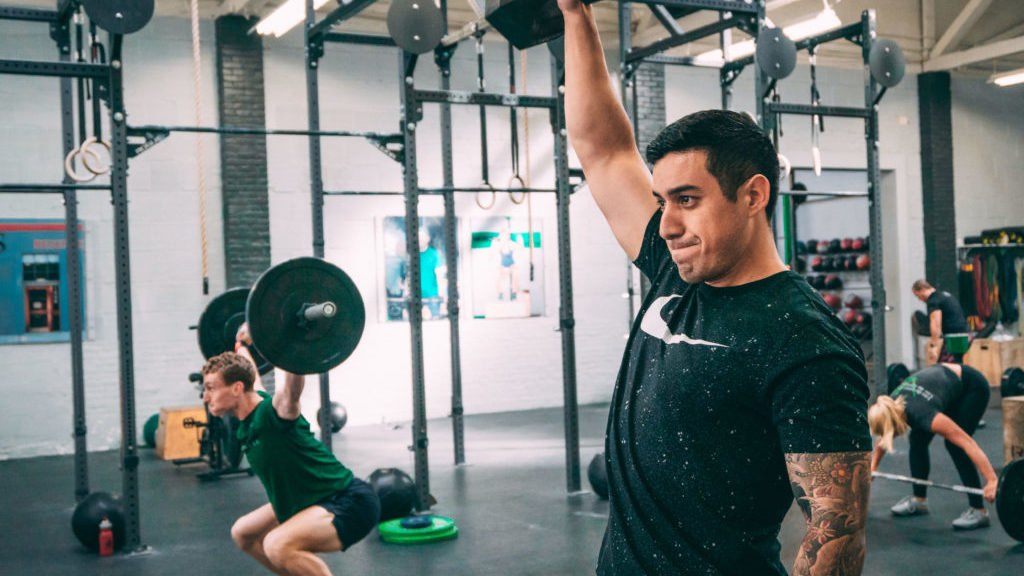 For the competitive athlete, injury often means loss. Loss of playing time, loss of skill development, and most importantly, loss of training time. These are all unfortunate consequence of getting a bone or tissue injury requiring a long-term healing prognosis. Injuries can be so devastating because the road to recovery is often times an arduous two-step process. First, the athlete must wait for their broken bones, torn ligaments, or pulled muscles to naturally heal. During this time, the athlete’s injured limb is likely immobilized in a cast or brace, leaving the resulting muscle to slowly atrophy as the body tries to heal itself. As a result, an athlete must spend the second part of their recovery process re-training the weakened muscles in the immobilized limb to return to full-strength. What if there was a way to heal and train the body at the same time? This is the power of a neurophysiological phenomenon known as “contralateral strength training.”

First observed in 1894, this phenomenon describes the increase in strength seen in an untrained limb of the body after strength training the opposite limb. For example, performing strength training exercises using the left arm has been shown to also induce an increase in strength in the right arm without working out the right arm at all. This effect can be seen in all different muscle groups in the body, in both males and females, and in people of all different ages. Researchers have hypothesized that high-force contractions used in resistance strength training can have a “spillover” effect on the neurons controlling the opposite limb. These neural circuits can carry motor output signals from the trained muscle to the untrained contralateral muscles which works to increase the electrical activity of the untrained muscle and effectively activate the muscle as if it were being trained as well. The video from the YouTube channel “House of Hypertrophy” helps illustrate this effect.

Harnessing the power of this neurophysiological phenomenon is key to injury recovery especially when one limb is immobilized for an extended period of time. It’s not just for competitive athletes either. Anybody with an injury can take advantage of contralateral strength training to dramatically speed up injury recovery. This can be especially useful for the elderly population where maintaining balance is an important factor of injury rehab. Imagine being able to maintain the strength and mobility of an elderly patient’s leg after a common surgery such as a knee replacement. Although the leg will be immobilized by a brace or a cast to keep the knee stable after surgery, it could be possible to prevent the muscles from atrophying by simply training the opposite leg with effective physical therapies. This could mean the difference between a smooth recovery versus one where the patient faces serious balance and stability issues as a result of a weakened limb that was immobilized in a cast for weeks to months at a time. Whether it be for injury recovery or specialized strength training, contralateral strength training has an amazing 2-for-1 effect in which the body’s own neural mechanisms allows both homologous muscles to experience the effect of a single unilateral training.