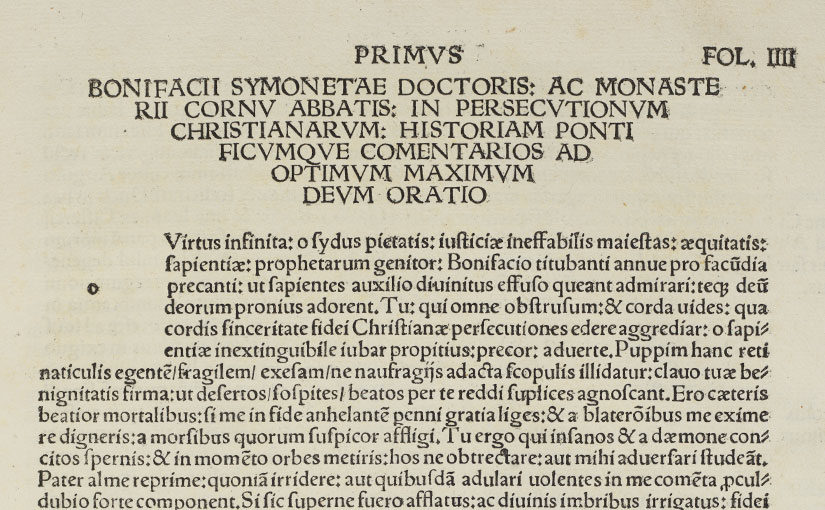 Hesburgh Libraries is pleased to announce that we have acquired the second edition of Boniifazio Simonetta’s De Christiane Fidei et Romanorum Pontificum Persecutionibus Opus, printed in Basel by Nicolaus Kessler, December 1509. This fascinating work is really encyclopedic in scope; the basic narrative deals with the history of the persecution of Christians, but also includes 179 letters by the author to a wide circle of his contemporaries, including such renowned figures of the Italian Renaissance as Lorenzo de Medici, Ludovico Sforza, Pico della Mirandola, and Pope Innocent VIII. This correspondence, interspersed throughout the text, treats a wide range of disparate subjects, including classical history, mythology, music, geography, botany, agriculture, medicine, physics, astronomy, and astrology. This second edition also includes a dedicatory preface by Jerome Emser, a prominent German theologian and Catholic opponent of Luther. We have identified only other seven other North American holdings of this edition.