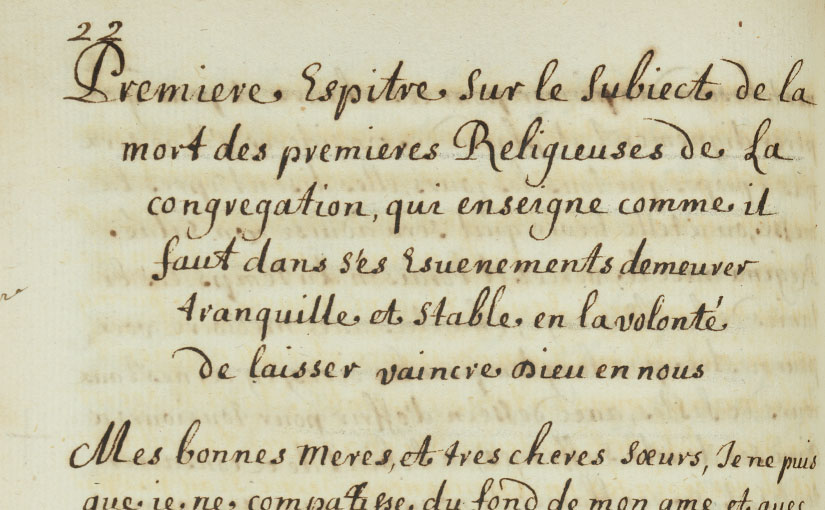 Hesburgh Libraries has just acquired a unique set of over eighty bound, handwritten letters, Traicte pour les tres devotes & tres vertueuses dames, les dames religieuses du Calvaire (MSE/EM 2833), from Francois Leclerc du Tremblay, also known as Pere Joseph, to the nuns of Calvaire between 1614 and 1638. Pere Joseph began his career as a soldier, serving at the Siege of Amiens in 1597, but in 1599 he renounced the world and entered the Capuchin priory of Orleans. He became a notable preacher and in 1606 helped Antoinette d’Orleans, a nun of Fontevrault, found the order of the Filles du Calvaire—the community to whom these letters are addressed. Pere Joseph (1577-1638) is also known as a confidant of Cardinal Richelieu (1585-1642), and was the original “eminence grise” (“grey eminence”), the French term for a powerful advisor who operates “behind the scenes.”