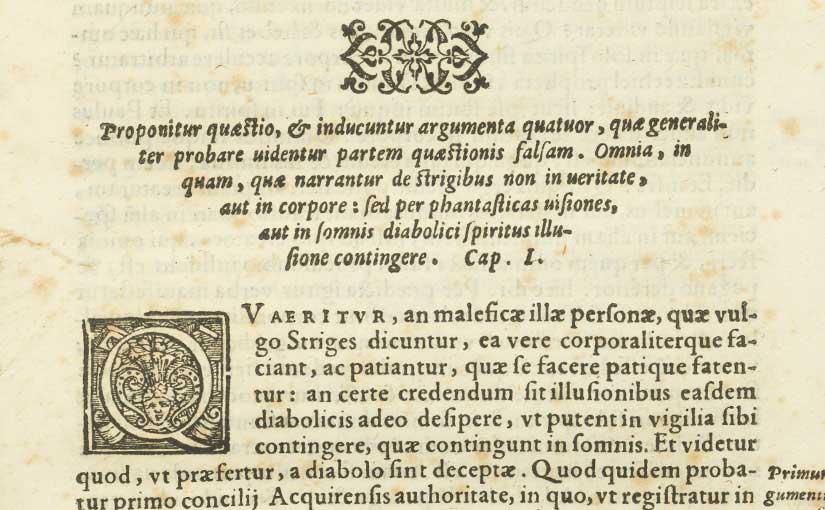 The Hesburgh Libraries has recently acquired an interesting addition to our already extensive holdings on the 16th-century Inquisition period in church history, Bartolommeo Spina’s Quaestio de strigibus (Romae, 1576). This title is actually comprised of three tracts on witchcraft written by the author around 1523, taking as his model Sprenger and Institoris’s Malleus Maleficarum (“Hammer of Witches”) from the late fifteenth century and emphasizing witches’ characteristic behavior in particular. A renewed interest in Spina’s works followed the establishment of the Roman Inquisition in 1542 and these tracts were collected for the first time in this edition. We count only four other North American libraries holding this initial publication of the title.