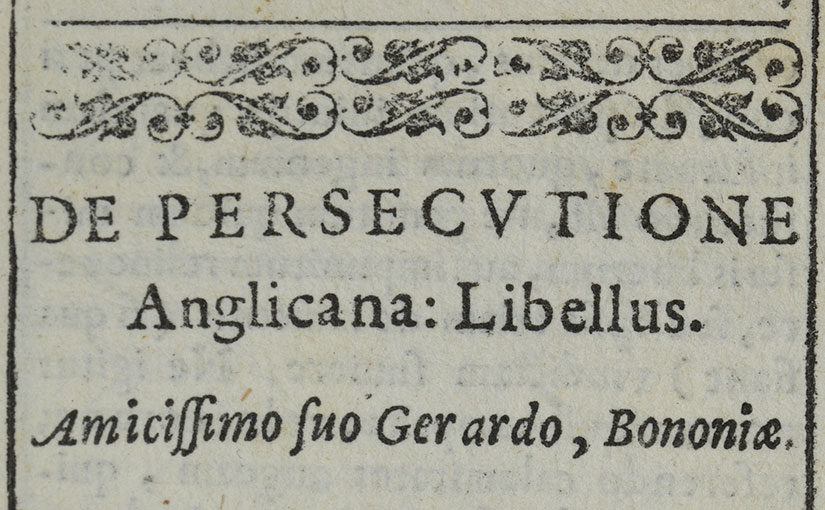 Hesburgh Libraries has just acquired an important work on the persecution of Catholics in England during the reign of Elizabeth I, De persecutione anglicana libellus, by the English Jesuit Robert Parsons (1546-1610). Parsons accompanied St. Edmund Campion on his mission to England in 1580, but while Campion was captured and eventually executed, Parsons was able to flee the country. He built a printing press in Rouen (France) and in 1597 became the rector of the English College in Rome. This 1582 edition, published in Rome, includes two letters by the Jesuit martyr Alexander Briant, the first of which alludes to the interrogation of Campion.