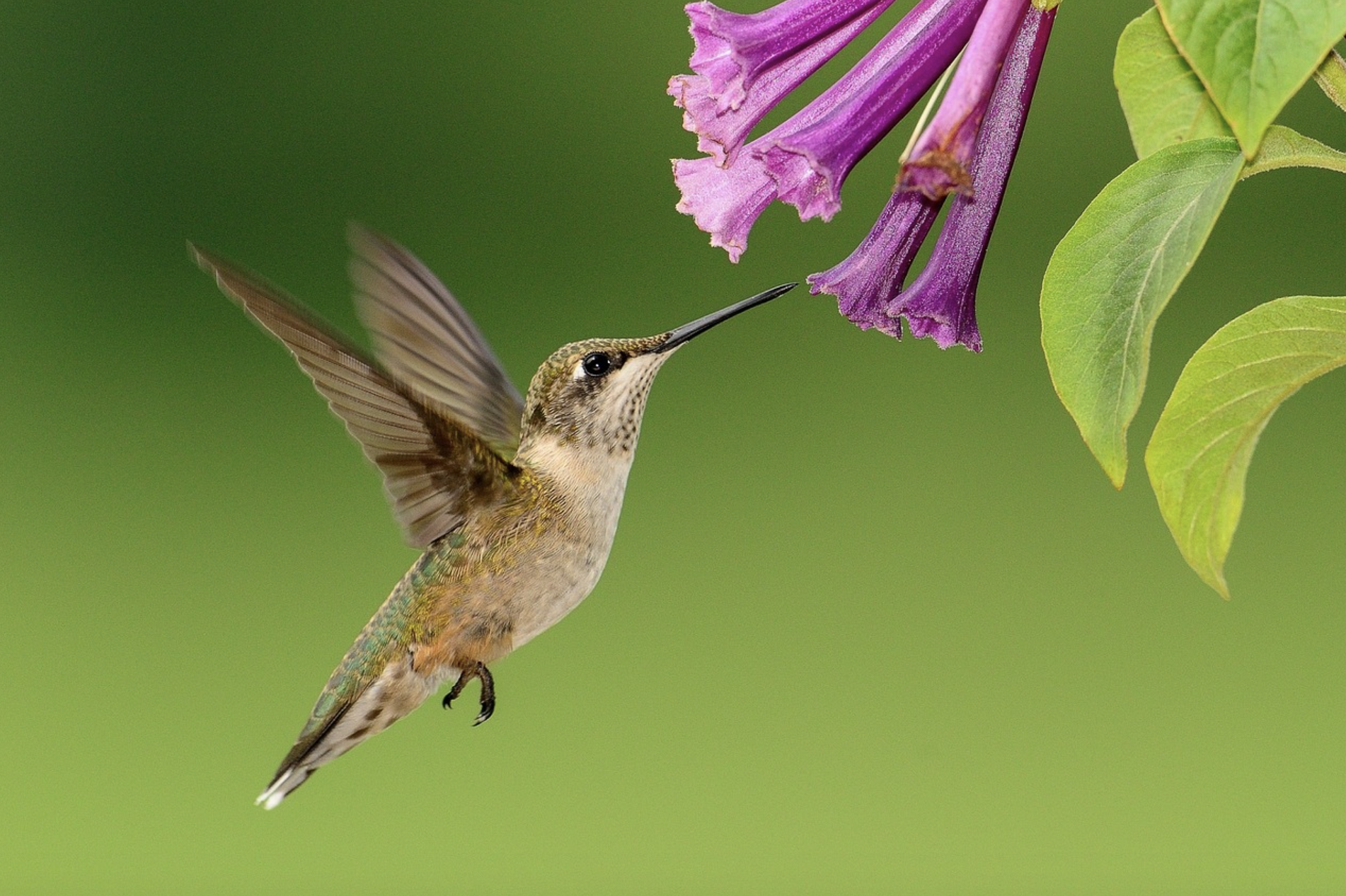 What do hummingbirds and nectar bats have in common?

Due to their dietary needs, evolution played an important role in the flight mechanisms of these species. In order for them to collect nectar, they developed the ability to hover over flowers.

Understanding hovering capabilities of these animals has been unclear for a long time. Hence, researchers, Ingersoll, Haizmann, and Lentink, set on discovering how exactly these species do it in this research paper.

The researchers headed to the tropics, Costa Rica, for 10 weeks to conduct the study. This destination was chosen, because it is home to 10% and 15% of the worlds’ respective bat and hummingbird populations. In the neotropical environment, they studied 17 hummingbird species and 3 bat species. They chose popular species that were representative of the environment.

The researchers captured living birds and bats to measure forces exerted from their wings. They also digitized their wing kinematics to see similarities and differences between them. They placed the species into a 0.125 cubic meter box as seen in figure 1. On the walls of the box, they installed force sensors and plates to measure the forces exerted by their wings. They recorded the species with a high resolution camera. After they collected the data, they released the animals back into the wild.

After running a convergence study, they found that hummingbirds and nectar bats have different wingbeats. Hummingbirds create a quarter of vertical aerodynamic forcing during the upstroke of their wingbeat—meaning that when their wings go up, they create a force that is 1/4 of their body weight. Hummingbirds’ wingbeats are more horizontal than generalist birds and bats, which helps generate this lift. On the other hand, nectar bats generate elevated weight supporting during the downstroke, by inverting their wings more than hummingbirds with a greater angle of attack. Theoretically, this takes up more power than hummingbirds’ wingstroke. However, due to the fact that bats have a large wingspan, energy costs are made up and power used becomes similar to the hummingbird per unit body mass.

The researchers also decided to look into interspecies differences to see if different hover poses, due to different diets, produced different upstroke support. In both hummingbirds and bats, there was no remarkable difference.

Therefore, the study concluded that hummingbirds are more efficient, due to symmetry in beating back and forth, which creates a lift force upward to reduce drag and power required. However, bats are able to compensate for the lack of vertical force during upstroke, with large wingspan and a higher angle of attack to maximize aerodynamic force to combat gravity, by combining lift and drag forces on the downstroke.

These findings will largely help engineers understand design tradeoffs, like the ones discussed, with aerodynamic power to help aerial robots, like the Nano Hummingbird and Bat Bot seen in these videos:

For more information check out this!