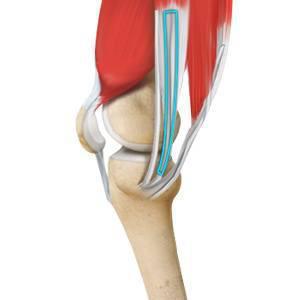 Whenever there is a lower extremity injury in sports, the first thing people always ask is: “Was it the ACL?” I, like everyone else, assumed everyone had an ACL because I did not believe that you could walk without one, let alone play sports. To my surprise, I discovered that not everyone has an ACL. Some people are born without one, while others lose their ACL’s. Hines Ward, an NFL All-pro wide receiver, went his whole football career without an ACL. Ward lost his ACL during an accident when he was about 4 years old and the doctors were unaware. He did not find out that he did not have an ACL until he was making the transition from college to the NFL.

Being born without an ACL it is referred to as the congenital absence of the anterior cruciate ligament and is an extremely rare condition. Only about 2 in every 100,000 live births are subject to this congenital absence of the ACL. It is caused by an insufficient development of the knee joint when a baby is in the womb. Others do not have ACL joints due to a complete rupture of the ligament. There was a case of a 25 year old woman who had instability in her left knee joint and had no history of knee trauma. Physical investigations showed no swelling or tenderness, but after an MRI it was discovered that she had no ACL joint and the PCL was hypoplastic. Perry, Pig Knees And Rising Youth ACL Tears, 2018The ACL is a major ligament in the knee that connects the femur (thigh bone) to the tibia (shinbone). The ACL is similar to an actin filament. It has a rope-like structure and is best loaded under tensile loading. The ACL prevents forward movement of the tibia on the femur, as well as hyperextension, which is the straightening movement of the knee that goes beyond the normal range of motion in the joint. By preventing these motions, the ACL provides stability to the knee joint and allows for dynamic motions. Without this stability in the knee joint, humans would not be able to walk normally, let alone perform complex movements done in sports.

People with knee joints that lack ACL’s tend to develop a knee joint where the femur bone fits into the tibia a bit like a shallow ball and socket joint. A knee joint without an ACL uses the meniscus to perform the same function. The meniscus is a tough rubbery cartilage that normally acts as a shock absorber between the tibia and fibula. In order for their meniscus to serve the same function as the ACL, the meniscus undergoes deformation to make it better suited for tensile loading. More information about ACL’s can be found here.