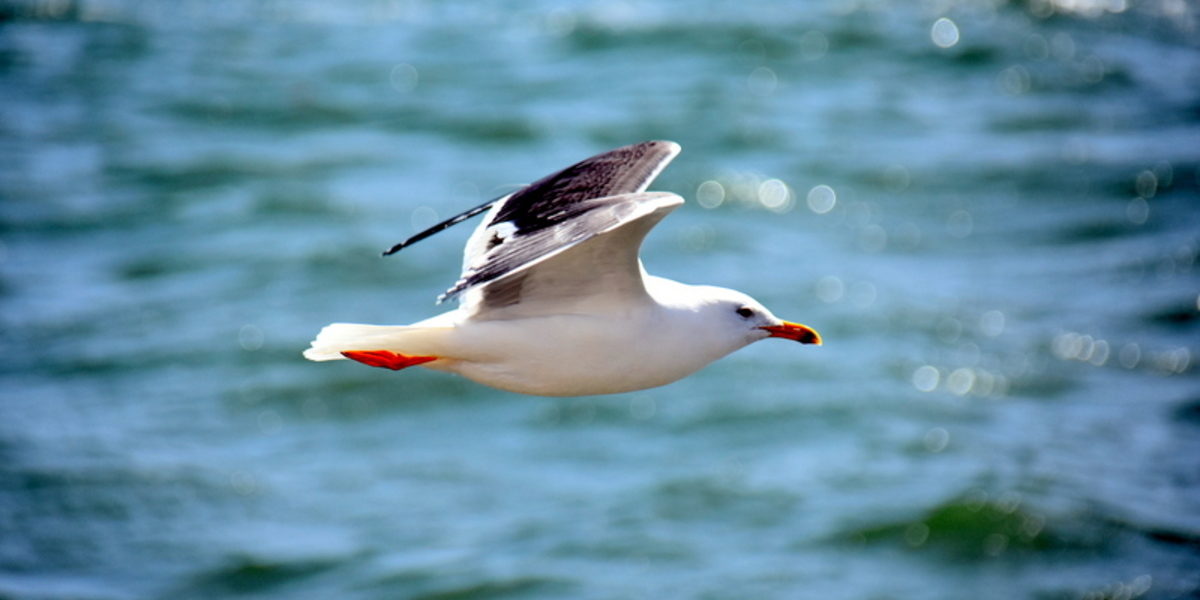 Now that’s cool and all – but what is a vibration isolation system?

Better known as a mass-spring-damper system, vibration isolators are generally a mechanical or industrial mechanism that can reduce the amount of vibrational energy produced by a system. Vibration isolators are incredibly important; studies show “undesirable vibrations” can shorten a machine’s service life and even permanently damage the machine and those using it. Considering this, engineers are constantly improving upon current vibration control systems, and are now looking to birds for inspiration.

But why birds? Well, to understand this, let’s consider a bird as a simple mass-spring-damper system.

First, visualize vibrations as an oscillating force stemming from the bird’s body moving back-and-forth. Vibrational forces can be generated by the flapping of wings, unexpected gusts, and/or movement of legs. Now, if we continue up from the body to the neck, we can see where avian skeletal and muscular structure really begins to “show off its feathers.”

Characterized as a multi-layered structure, the avian neck contains many sections of “hollow” bones, connected by surrounding muscles. The structural units (muscles and bones) of the avian neck have properties of both springs and dampers, optimizing them for vibration isolation.

For starters, we see the muscles largely act as springs. Springs have the unique ability to move a body with its vibrations. This behavior is present in the muscles connected to the bone segments, in that they are capable of instantaneously compressing, elongating and twisting in response to rapid changes in the body’s movement. This elastic response prevents not only the head, but the whole bird, from shaking when bombarded when vibrations from any form of movement.

Simplified visualization of multi-layered spring-damper structure. The transparent grey portion represents the hollow bone, which is connected by the black lines, or strong spring-like muscles. The empty space between each unit would consist of the softer, damper-like muscle. Taken from the 2021 study: “A novel dynamics stabilization and vibration isolation structure inspired by the role of avian neck.”

Alternatively, the muscles, primarily those not connected to bone, can act as dampers. Effective dampers are similarly identified by the ability to move with vibrations; however, they can dissipate some of the vibrational energy as heat, or store energy until relaxed. The interior muscles are capable of slowly deforming (changing shape) if exposed to steady vibrations, allowing for dissipation of excessive vibrational energy.

But hey, what about those bones?

The avian neck has nearly three times the number of bone sections than most mammals, on top of muscles entirely surrounding the neck. This drastically increases the bird’s flexibility, helping it maneuver through sharp positional changes, thereby further limiting the effect of vibrational forces.

Finally, what makes the avian vibration isolator truly superior is its passive activation. As engineers at Shanghai Jiao Tong University point out, manmade passive vibration isolators fall short because they require sensors and input energy to adjust for “shocks and random vibrations.” As previously explained, the multi-layered neck is well equipped to handle random oscillations, yet, more importantly, the bird’s neck muscles can passively change position to brace for incoming vibrations.

A recent study from Stanford University proved this concept by recording a whooper swan’s reaction to different strength gusts. They found that swan’s neck adjusted to protect the head, and that even when the flapping doubled, the movement of the head reduced by a quarter. Finally, it is important to note that passive activation is not limited to the sky; researchers have found that mainly terrestrial birds like chickens and pigeons have a similar neck structure and system for maintaining stability and clear vision.

Overall, continuing to study the avian vibration isolation system could prove very beneficial for many different applications. For a more in-depth look at the current work out, check-out the studies referenced throughout the article. Otherwise, enjoy watching this chicken work its body control magic!