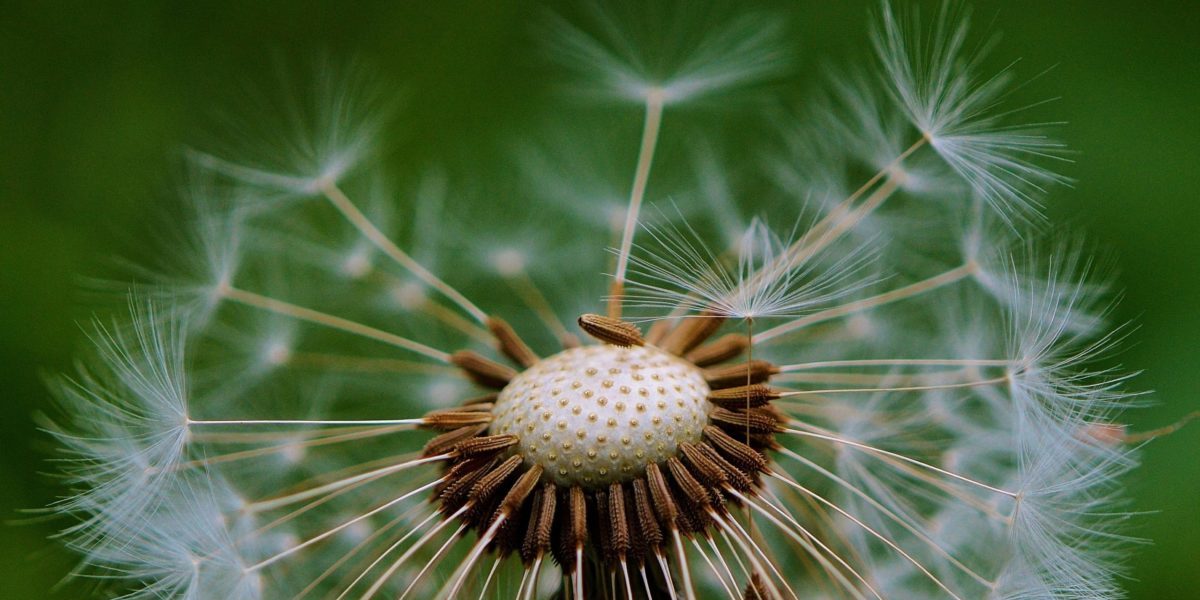 How far do you think a dandelion seed can drift from its base plant?

The Common Dandelion (Taraxacum officinale) primarily relies on wind flow to scatter its seeds. The dandelion seed has a fluffy structure that enables it to hold the most prolonged wind-based dispersal record. Commonly the seeds land 2 meters away from their mother plant. Still, in windy, dry weather favored by the dandelion, the seeds can fly up to 30 kilometers and even far (150 kilometers in some conditions). The vital point in this extraordinary adventure of the dandelion is flying with a constant velocity and having a short descent time, which means it should stay stable in the air for a relatively long time.

A study tried to illuminate the mystery behind the dandelion seeds’ ability to stay aloft in the air. Researchers attempted to mimic the dandelion flight using similarly structured silicon disks in a wind tunnel that simulated the airflow around the pappus. Pappus, the flying seed of the dandelion, consists of radially oriented filaments, each interacting with other adjacent ones, resulting in a reduction in the airflow. They compared the flight of natural seeds collected from one plant with several silicon disks with different porosities.

Their results showed that when pappus separates into the air,  it forms an air bubble detached from its surface above it. This air bubble, known as a vortex, is unique to the dandelion seed. When the pappus is released in the air, it takes some time to reach a steady point, in which the vortex becomes symmetrical. An important feature affecting this symmetry is the porosity of the pappus, defined by the number of filaments and their dimension in each pappus— generally, the more the porosity, the steadier the flight. The best porosity for a stable vortex ring is greater than 84.97%, and the vortex ring begins to separate as the porosity falls below 77.42%. The experiment also indicated that the vortex is axisymmetric in low velocities, but it begins to lose its symmetry as the Reynolds increases.

This phenomenal plant has evolved techniques for mass germination, even in the absence of wind! Pappus’s hairy structure enables it to attach to an animal’s skin and soil particles, assuring the dandelion to have enough seed dispersion during the flowering season. More interestingly, the dandelion is known to have an informed dispersal in response to environmental fluctuations. When the plant experiences root herbivory, it intensifies the seed dispersal. The flight distance may vary from meters to kilometers to assure good germination in the absence of threatening conditions. Imagine a rainy day; the moist weather condition makes the pappus’ bristles come close together, reducing the possibility of separating from the plant. The moisture makes the current spot a suitable choice to stay. So even the detached seeds prefer to fall close to their base plant.

It worth mentioning that this remarkable plant also inspired areas of science. In their study of Mars exploration, researchers presented a primary model of a dandelion-inspired rover. Considering the harsh environmental condition on Mars, other excavators find the wind flow as an obstacle that results in damaged parts and incomplete missions. In contrast, the new dandelion-shaped rovers use the wind flow as an accelerating point to explore locations on Mars that other robots couldn’t access.