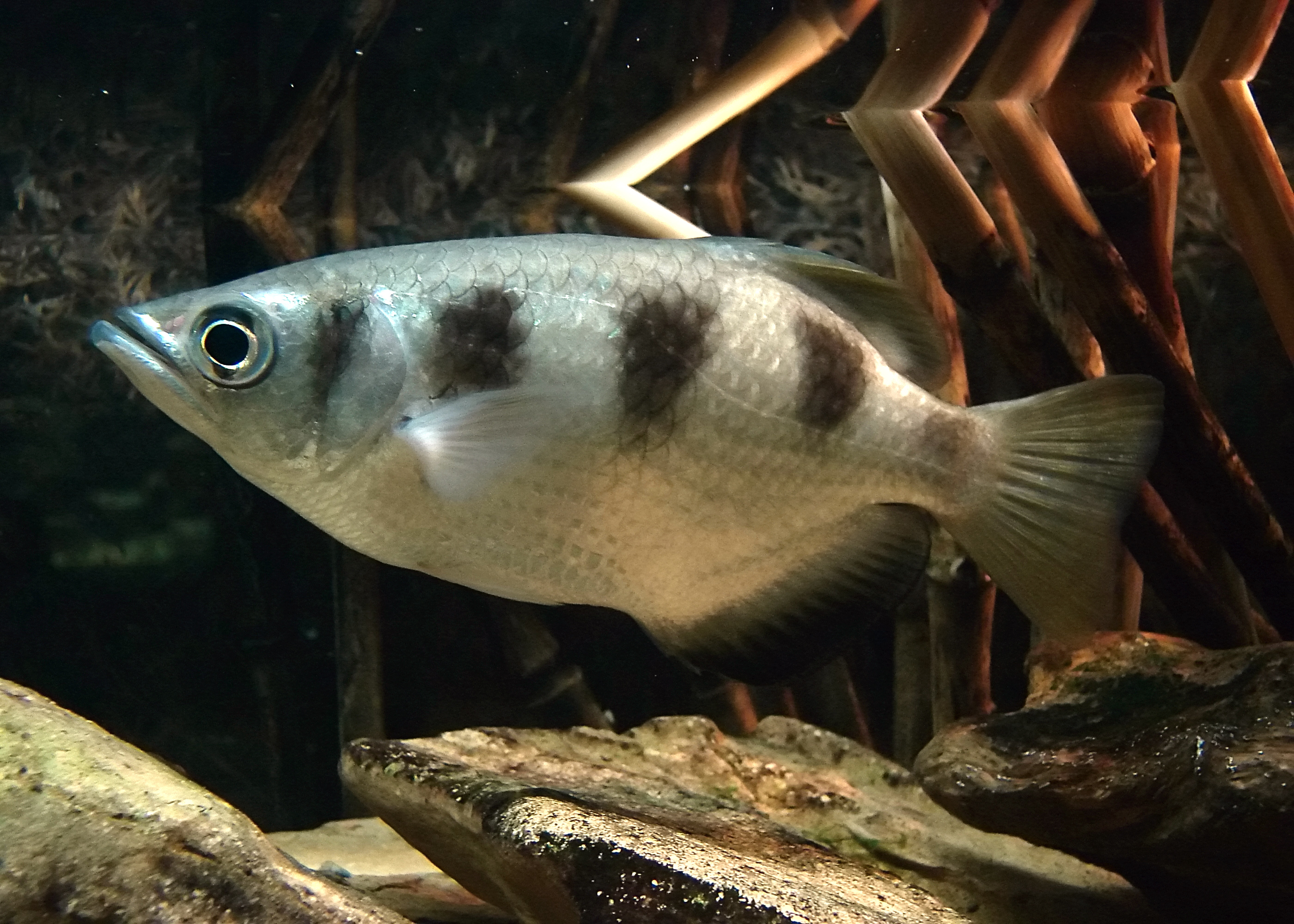 The name archerfish refers to seven species of freshwater fish that are all members of the Toxotes genus. These fish derive their name from their ability to hunt land-based creatures, ranging from insects to small lizards, using jets of water shot from their mouth with remarkable accuracy. They only grow to a maximum of a foot long, but they’ve been recorded in the wild propelling their water jets distances of up to two meters. A recent study in the Journal of Experimental Biology was conducted by Stephan Schuster to investigate the mechanics behind their unorthodox hunting technique.

As it turns out, the archerfish has many circumstances working against it. Not only must they account for gravity when hunting, but because their eyes remain underwater during the attack, they must also adjust for the effects of the light refracting through the water. Refraction could cause the fish’s perceived angle of the prey to be off by up to 25˚ from the actual angle. They compensate for these factors by adjusting their spitting angle prior to releasing the jet. The ability to compensate for various environmental factors seems to be a skill developed through experimentation and practice. Archerfish will indiscriminately fire off shots at objects that are new to their habitat. They then judge whether they should continue to attack those objects in the future by remembering if a successful hit rewarded them with food. This was tested in the lab and shown that when the fish wasn’t rewarded, it would ignore the target in the future.

In the past, studies were conducted that underestimated the accuracy of archerfish because of the variation in test specimens. Studies now show that a well-practiced archerfish can achieve a 100% hit rate on targets within distance of 65 cm. Accuracy will begin to drop off with increased height and distances beyond 65 cm.

While most animals who utilize their ability to spit depend on the spit’s glue-like properties or venom, archerfish hunting relies on the force at which the jet contacts the target. Depending on the size of their prey, archerfish can modulate their jets between the range of 40-500 mN. To exert strong enough forces to dislodge targets from leaves and branches, the fish expelling the jet acts like a vessel under pressure. The water starts out slow and increases in velocity as the fish’s mouth stays open, like turning a valve. This means that the jet’s tail catches up to its tip as the water travels along its trajectory, causing a more focused impact. As the water travels, the stream will break into individual blobs of water due to Plateau-Rayleigh instability, creating multiple jets. Since water ejected later is moving faster, these jets will join over time and create a single, larger jet which will impact the target.

Race to the Food

While utilizing their ability to create forceful jets of water can be an effective method of hunting, it does come with one disadvantage. Archerfish have evolved to react to plummeting objects much quicker than other fish, regardless of what caused the object to fall. While this means that an archerfish having its prey stolen by another type of fish is very rare, its prey will often be stolen by other archerfish which happen to be closer to where the prey impacts the water.

Additional information on archerfish hunting can be found at wired.com and in the video from below. There are also some beautiful photos of archerfish in action at stevegettle.com.