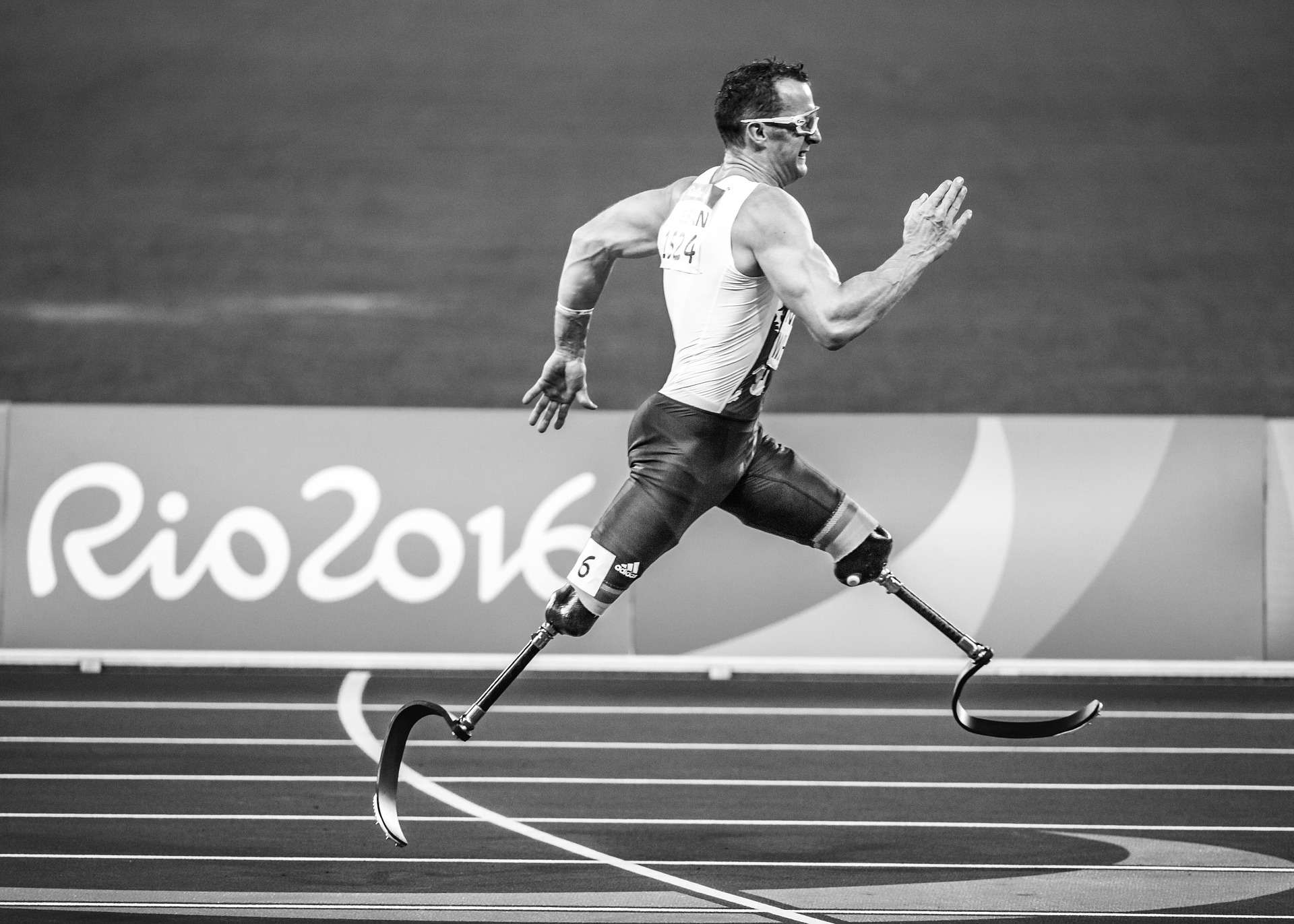 In 2012, the “Blade Runner” Oscar Pistorius became the first double amputee to compete in the Olympics. Ever since this historic occasion, the issue of whether prosthetics should be allowed in athletics has been a topic of controversy in the media. Do prosthetics give amputees an advantage over able-bodied athletes? Are athletes with prosthetics capable of running faster and performing better than able-bodied athletes?

In a recent article, physiology and biomechanics professor Alena Grabowski attempts to answer some of these questions. Grabowski was part of a research group that conducted a study to see if Pistorius’s prosthetics gave him any advantages after he was banned from competing in the 2008 Olympics. The group focused on comparing the abilities of Pistorius to those of able-bodied track athletes. The study involved testing Pistorius’ energy cost in running, his endurance, and his general running mechanics. In order to test for energy costs, the researchers measured breathing and metabolic rates of able-bodied runners who were similar in ability to Pistorius as they ran a series of short sprints. To test endurance, runners were placed on treadmills set at their max speed to measure how long they could maintain that speed. To test the running mechanics, each runner was asked to continue increasing their speed on a treadmill until they could no longer take eight consecutive strides on the treadmill without maintaining their position on the treadmill. Based on the study, the group was able to determine that Pistorius’ running abilities are very similar to able-bodied runners, thus allowing his ban to be lifted and for him to ultimately compete in the 2012 Olympics.

After the initial research, Grabowski decided to conduct research of her own into prosthetics. Her study involved how changing key parameters in a prosthetic affected a runner’s abilities. In order to conduct the tests, she first modeled the foot as a spring system. This allowed her to pick the key parameters to change: stiffness, height, and speed of a prosthetic. Five participants were chosen to be tested. The study consisted of a participant using a set prosthetic to run on a treadmill, increasing the speed on each trial until they could no longer hold their position in the treadmill. This was repeated for different parameter changes in the prosthetics until enough data was collected to compare. From her study, Grabowski found that the length of the prosthetic had no overall effect on running speed. However, stiffness did appear to aid runners, but the effects were negligible at high running speeds. Thus, the advantages of having prosthetics come into play more for long distance running than for sprints. Based on her research finding, Grabowski hopes that future prosthetic development can be more tailored to match the specific wearers abilities before amputation.

The world of prosthetics opens up the door for many amputees to compete in an able-bodied society: from being able to complete just simple day-to-day tasks to competing alongside able-bodied athletes in the Olympics. Though many may still be skeptical of the use of prosthetics in competition—namely running, the evidence says that the effects are minimal or even no-existent in the case of sprinters. With the help of researchers like Alena Grabowski, more athletes like Oscar Pistorius are and hopefully will be making great strides in the future.

For more information on this story, make sure to read The Daily Beast, Scientific American, and The New York Times.