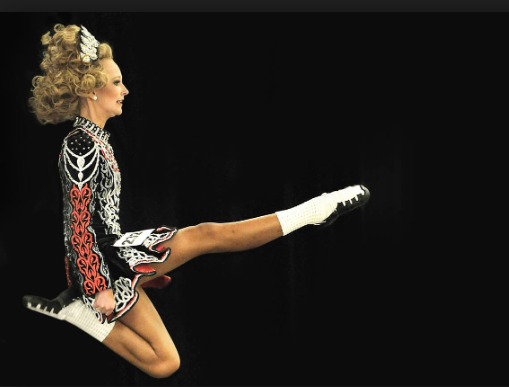 Do you think your ankle can bear loads more than 14 times your body weight? Can you look graceful while doing it?

This question is one of great importance for many athletes participating in high-impact sports. Dancers of all kinds have strived, for years now, to perfect the balance of athleticism and grace that their competitive markets demand. Achieving this balance is no simple feat, and many dancers fall victim to injuries during their countless repetitions of high impact leaps and landings, and Irish dancers are no exception. Researchers have recognized the need for biomechanical analysis of muscles and joints of Irish dancers, and created a model to do just that.

The method for one such study by James M. Shippen and Barbara May assumed an Irish dancer’s body to be a composition of discrete rigid bodies, each having a unique mass and set of inertial properties that dictate its motion. Joints connect these segments, and muscles that cross numerous sections exert forces between those segments.  The study analyzed 196 muscles, which in turn generated 53 torques on various joints. A least-squares regression minimized muscle activation, which is a physiologically sensical model, as lower muscle activation decreases fatigue. The solution for the model was subject to three logical conditions: muscle torques are equal to the sum of the external and inertial torques at each joint, the muscle loads must be positive (as muscle contraction only allows for pull), and the load must be smaller than that which the muscle can maximally generate. The finalized model represented 35 joints, each constrained in accordance with its anatomical analog (i.e. the human hip joint is spherical, so the hip joint in the model has equivalent degrees of freedom.)

the right) to analyze motion at 250 frames per second; force plates were mounted into the ground to measure reaction forces at 24,000 samples per second. 5 Irish dancers performed the rock step (video), among other common Irish dance moves, during which the dancer uses one ankle to push the other to the ground (see video below for example of rocks).

The relevant components analyzed during the rock step were the Achilles tendon and attached soleus and gastrocnemius muscles. Shippen and May’s calculations yielded forces of 2700N on these ankle muscles and tendon.  Normal muscle forces due to walking are in the range of 500-1430N for worthwhile analogy. The figure on the left shows the activation of the two relevant muscles during the rock step, and it is evident that the gastrocnemius reaches an activation of 1.6, far above the maximal isometric force activation of 1.0.  This is demonstrative of the risk associated with this specific move, and why the loads can be unsafe.

The figure on the right shows the contact forces in the right ankle componentized into external loads (reactions forces with the floor) and forces generated internally (from muscles acting at the joints). The maximum load for this dancer was about 14 times her body weight, with the great majority of that coming from muscle forces.

This study demonstrated the risk associated with the rock step in Irish dance. It also is helpful for future research, as it suggests that emphasis should be placed on reducing the internal muscle loads that work to stabilize the ankle, as opposed to modifying ground reaction forces, which have a smaller margin for success.

The mathematical model developed in this research can be applied to many other athletes and examples of human motion in the future to understand internal forces and reduce risk of injury in athletes.

For more research on biomechanical models of the human body and their applications, read about this humanoid robot and human sitting posture for driving.