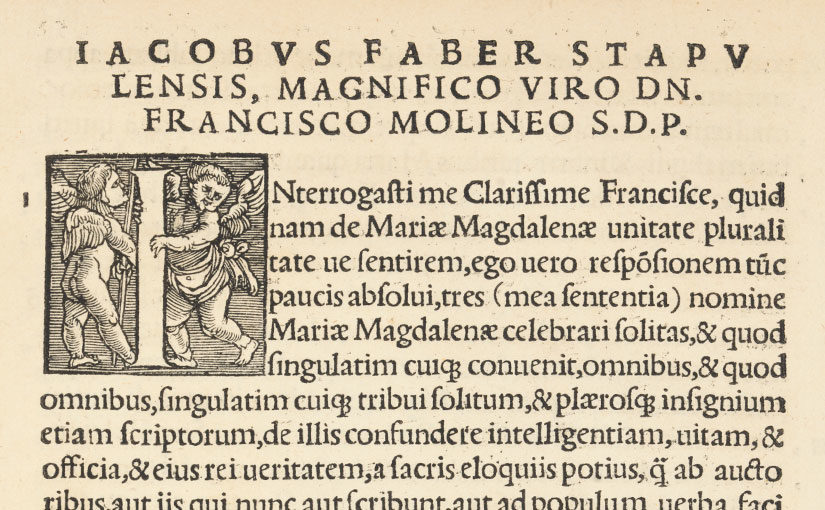 While many scholastic theologians and traditionalists feared the questioning of such traditional beliefs posed a danger to the faith, Lefevre and other humanists believed that the real danger was in allowing ill-founded legends to corrupt authentic faith and piety and prevented the reform of belief and practice that was needed in the church.

We have identified only two other physical copies of this second edition held by North American libraries.