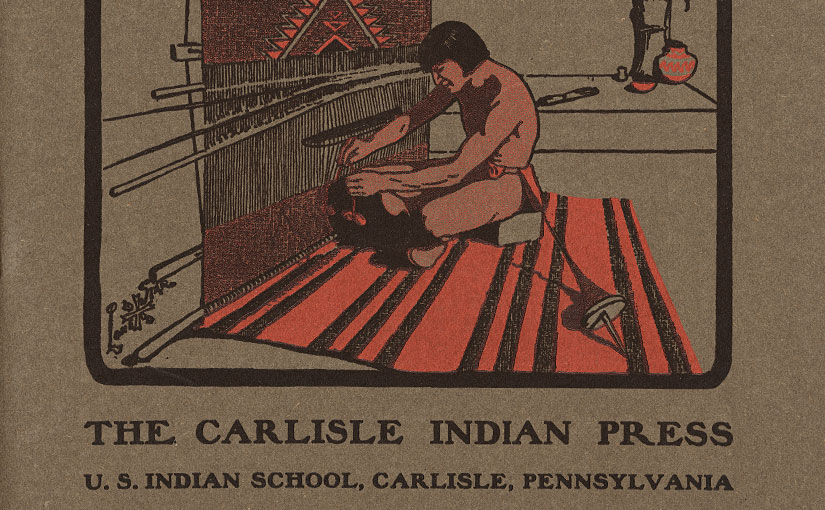 In January 1909 Alfred W. Ramsey (1883-1955) accepted a provisional appointment as business teacher at the Carlisle Indian Industrial School in Carlisle, Pennsylvania. He was formally hired in March following a satisfactory result on his Civil Service examination. Ramsey was charged with organizing a business department at the school, to complement its trade and academic programs. He resigned his position effective 1 November 1910, apparently disillusioned with the Indian Service and the school.

The Carlisle Indian Industrial School was founded in 1879 by Captain Richard Henry Pratt, as part of a government project designed to “kill the Indian, save the man.” In Ramsey’s day it was overseen by the Office of Indian Affairs, Department of the Interior. Carlisle became the model for 25 government Indian schools, founded on the premise that Native Americans could be equal to European Americans, provided they assimilate into European American society and culture. While the school removed Native American children from poverty and provided them with a free education, it also encouraged children to abandon their native cultures.

The Alfred W. Ramsey Papers, acquired by RBSC in 2014, include a wealth of material from Ramsey’s time at Carlisle. Among the manuscripts are examples of student writing and typing exercises; copies of addresses by Carlisle administrators (especially superintendent Moses Friedman) and commencement speakers; school mission and policy statements; and essays on character and behavior with a bearing on Indian education. Some of this material would have been generated as a consequence of Ramsey’s teaching (including instruction in typing), but much of it was the result of his de facto status as clerical assistant to Friedman. There are also two memory books preserved by Ramsey, with questionnaires filled out in manuscript by 79 different Carlisle students.

The printed matter includes a broad selection of items from the Carlisle Indian Press; printing was one of the trades taught at the school, and Edgar Miller, the program’s superintendent, was a particular friend of Ramsey’s. Included are runs of school periodicals like the weekly The Carlisle Arrow and the monthly The Indian Craftsman (later titled The Red Man). There are also pamphlets, programs, broadsides, dance cards, and other ephemera.

Photographs include panoramas of the Carlisle campus and a number of group portraits of the student cast of the comic opera “The Captain of Plymouth”—the subject of next week’s blog.