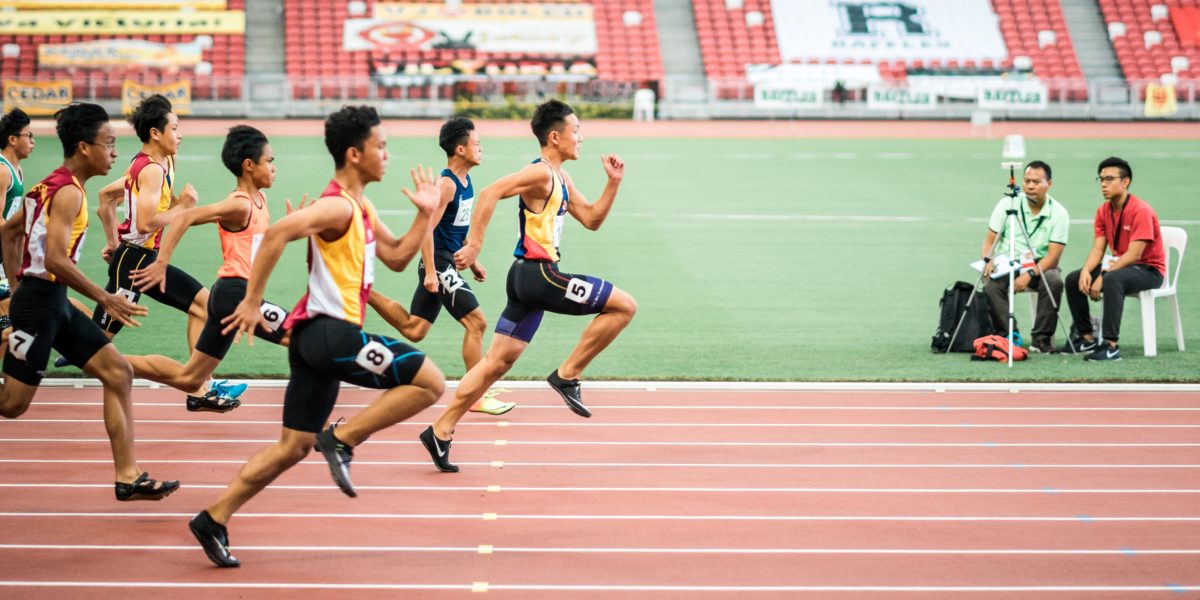 Running is one of the oldest and most common forms of exercise, but there are many ways that running mechanics vary from person to person. Identifying the different running gaits is important so that their efficiencies and effects on the body can be analyzed. Injuries in runners are common and having an understanding of how different gaits apply stresses on the body differently can be used to educate runners on how to run in a way that will reduce the risk of injury.

Running with poor mechanics can lead to overuse injuries, which are more common than acute injuries in serious runners. The majority of these injuries occur in the leg either at or below the knee and include patellofemoral pain syndrome (PFPS) and medial tibial stress syndrome (shin splints). Running gait analysis can be used to identify the poor mechanics and the potential risks associated with the mechanics. Further studies have grouped the variations so that the effects of similar gaits can be identified. Extensive analysis has led to the identification of several potential variations in running gait.

A study at Shanghai Jiao Tong University‘s School of Mechanical Engineering determined the effects of step rate, trunk posture, and footstrike pattern on the impact experienced by the runner. Data was collected by instructing runners to run with specified gait characteristics. Sensors made used to make sure that the gait was correct and the impact forces on the running surface were measured. This study showed the lowest impact was experienced with a high step rate, a forefoot strike pattern, and an increased anterior lean angle. Limiting the impact reduces the effects of the loading. As a result, running with these gait characteristics reduces the risk of knee pain and stress fracture in the tibia.

While the most important factor in this analysis is how forces are translated through the body, this is difficult to measure directly. The technology does not exist to measure these forces accurately and noninvasively. Since invasive techniques would not allow the person to run normally, indirect ways of measuring this data have been developed. One of these alternatives involves collecting kinematic data which can be used to calculate the forces and observe different gait patterns. They do this by recording high speed video of runners. Usually, photo reflective stickers or LEDs are fixed to critical points of motion so that the motion of these points relative to each other can be plotted and analyzed. This data can be used to develop algorithms that describe different gaits.

Running gait does not only affect risk of injury, but also efficiency. Kinematic studies have shown that as running speed increases, a runner’s gait changes to accommodate this change in speed. One change in the gait was the foot strike pattern changed from rear foot to forefoot. This motion shortens the gait cycle and increases the step rate. However, when the runners ran at their top speeds for an extended period of time, their mechanics broke down and some of the gait characteristics that increase injury risk became pronounced. Because of this tendency, incremental training with focus on proper mechanics is necessary to reduce injury risk.