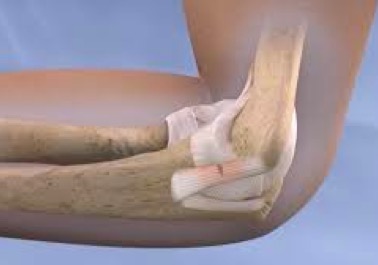 It takes a lot to make a professional athlete collapse to the ground during a game. After throwing a pitch on September 14, 2019, Toronto Blue Jays pitcher Tim Mayza knelt on the side of the mound while clutching his arm, expecting the worst. The next day, MRI revealed that what he had feared: Mayza had torn his Ulnar Collateral Ligament (UCL).

Because of UCL reconstruction, or Tommy John, surgery, this injury is no longer the career death-sentence that it once was, but there is still a long road ahead for Mayza. He probably will not pitch in a game again until 2021. Sadly, this injury is only becoming more and more common among MLB pitchers. In the 1990s, there were 33 reported cases of UCL tears by MLB pitchers. In the 2000s, this number more than tripled to 101. From 2010 to the beginning of the 2015 MLB season, 113 UCL reconstruction surgeries had already been conducted. It has become so common that surgeons have called it an epidemic, and researchers in the US and abroad are attempting to find a way to combat this increase.

The UCL connects the ulna and humerus at the elbow joint, and its purpose is to stabilize the arm. During the overhead pitching motion, the body rotates in order to accelerate the arm and ball quickly, putting a large amount of stress on the UCL. In fact, according to a study by the American Sports Medicine Institute, the torque, or twisting force, experienced by the UCL during pitching is very close to the maximum load that the UCL can sustain.

Recently, many studies have investigated factors that could make pitchers more susceptible to UCL injuries, with a hope of identifying ways to prevent them. One of the biggest findings has been the correlation between UCL tears and pitch velocity. According to a study from the Rush University Medical Center, there is a steady increase in the frequency of UCL tears as max velocity increases. This makes intuitive sense, as more torque would be required to accelerate a baseball to the higher velocities. While this finding does have a very strong correlation, it does not help the players avoid injuries. Pitchers are unlikely reduce their velocity because it would also decrease their effectiveness, so another answer must be found.

The University of Michigan conducted another study, and found that, in addition to velocity, the number of rest days between appearances decreased by just under a full day for pitchers who later needed Tommy John surgery. While this does not seem like a large number, starting pitchers typically only receive 4 days of rest between starts, so the extra .8 days is equivalent to a 20% increase in rest time.

Because of these findings, the MLB has increased the max roster size from 25 to 26 for the 2020 season, with the hope that teams will use the extra player to reduce the frequency that each pitcher is used. In addition, pitch counts in Little League Baseball have had a positive effect on youth injuries. This can be explored further here. This discovery has already made a tangible impact on Major League Baseball, and hopefully more findings will reduce the rate of UCL tears in the future.