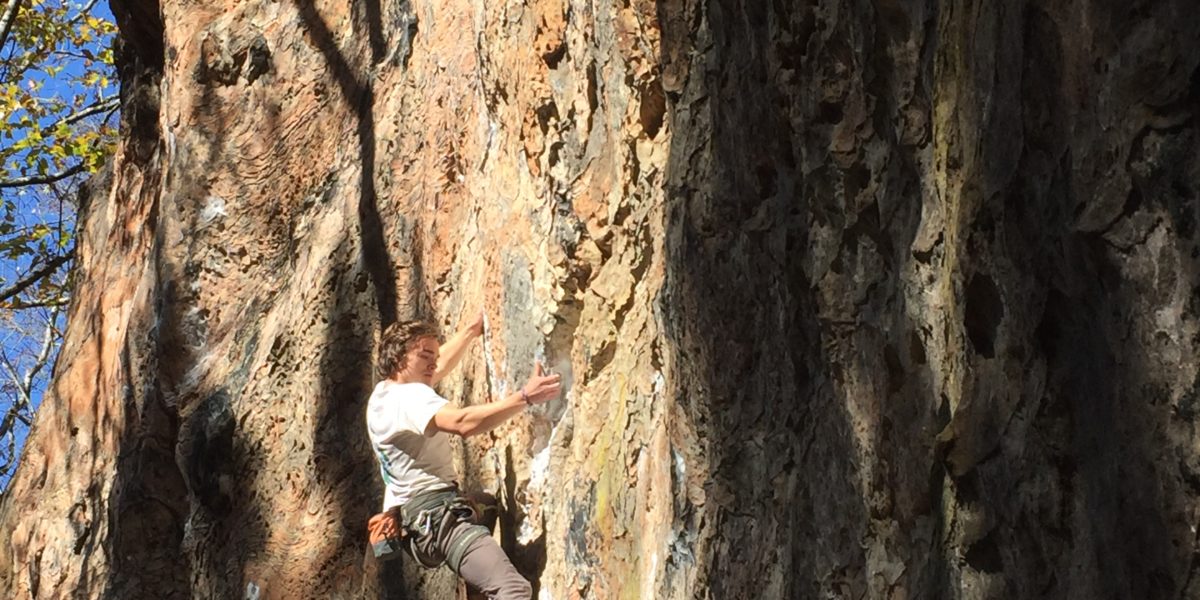 In the rock climbing world, there is not much that people fear more than the sound of a “pop” coming from their fingers. That sound means months of rehab and can keep you off the rock for up to six months. But what exactly is happening when you hear that dreaded sound? The fingers are so small, how can one injury to the fingers be so devastating? Let’s dive in.

As a review of hand anatomy, direct your attention to the graphic on the right. There are two main tendons that run up each finger to allow the fingers to produce the curling motion. In order to keep these tendons close to the bones to provide for maximum torque,

they are held by pulleys. The pulleys are the culprits of the “pop” when grabbing tiny holds. Without these pulleys, the tendons would “bowstring” and pull away from the axis of rotation of the finger and thus decrease the strength of the system. The important pulleys in climbing are the A2 and the A4, as they are fibro-osseous pulleys (connect bone to bone) and are stiffer than the A3 and A5.

In climbing, there are two main hand positions when grabbing

holds: Open-hand and crimp. The open-hand grip relies heavily on the forearm muscles, while the crimp puts a significantly higher strain on the skeleton. The crimp is incredibly dangerous, as it puts three times the force being applied to the fingertip on the A2 pulley. A common mistake I have noticed for newer climbers is to crimp everything as the big muscles in the upper arm and back are much stronger than the forearms. Putting all the weight on the skeleton and big muscles allows you to skip over the limiting factor of weaker forearms. This allows climbers to pull on smaller holds and climb harder routes. New climbers are not as aware of the dangers and they get excited

to send harder and harder routes, but this reinforces the bad habit of crimping which will eventually get you injured. Of course, sometimes crimping is unavoidable when the holds are very small, but it is best to avoid it as much as possible.

So how strong are these pulleys? In a study performed with recently deceased cadavers, the A2 pulley resisted up to 408 N, which is 91 pounds. This was determined by removing the bone from the hands and pulling on the pulleys until they broke. Based on another study in live humans, the force applied to the A2 pulley was extrapolated to be around 373 N with 118 N applied to the fingertips. This extrapolation was based on a controlled environment. It is easy to see that a pulley could be loaded with much more force than that if a climber’s foot slips mid- move or if you catch a hold with fewer fingers than you mean to. It was also

found that the bowstringing in the intact A2 increased by 30% throughout a warm-up process. This clearly shows the importance of a good warm-up.