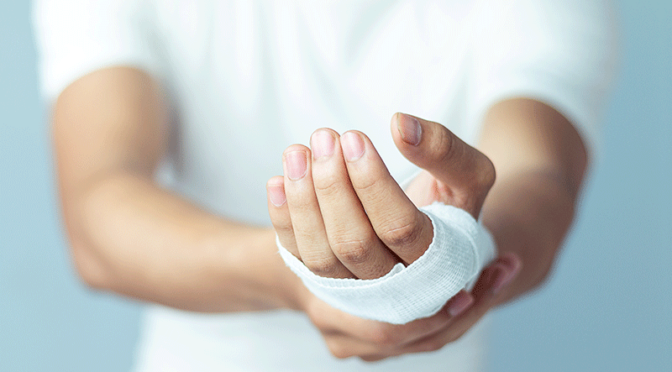 What do knee scrapes, adolescent acne, and paper cuts have in common? They all have the potential to leave a nasty scar. For people who have undergone trauma that results in serious wounds, especially on the face, scar aging is a serious concern. What are scars, and why does scar tissue tend to look different than regular skin as aging occurs?

In 1861, Karl Langer began observing the nature of the skin’s tensile properties. He cut small, circular holes into cadavers, and looked to see where on these holes the skin pulled the most. From these experiments, he developed “Langer’s Lines,” which he asserted were lines of tension all around the human skin. Later, Borges noticed that Langer’s lines only applied to cadavers, and began to perform similar experiments on live people to see if he saw different results. He pinched the skin of live people, and then saw how the direction of pinching impacted the length of the wrinkle formed. From these experiments, he identified RSTL, or relaxed skin tension lines. More and more researchers after Langer and Borges investigated the “tension line” phenomena, and they all noticed the same thing: wounds cut across these lines always led to nastier, uglier scars than wounds parallel to the tension lines. Why would that happen?

To answer this question, let’s first identify the cellular mechanisms at work during healing. According to David Leffell of the Yale School of Medicine, there are three key stages of scar formation. The first stage of scar formation is inflammation. This happens right after the wound is incurred. Blood flows to the site, and tissue called granulation tissue begins to form at the base of the wound. Next is proliferation, when that granulation tissue helps the surrounding fibroblast cells to duplicate as quickly as possible. Fibroblasts are very important; they are the cells that produce collagen, a key protein in tissue formation. During proliferation, more and more fibroblasts fill the site, and they begin rebuilding the collagen networks for new skin. The final stage of scar formation is maturation/remodeling, when fibroblast levels decrease slowly as fresh tissue is rebuilt.

Because scars are formed differently than regular skin, they also tend to age differently. Normal consequences of skin aging can be seen around us in older people every day. As you may notice in your parents and grandparents, older skin tends to be dry, rough, wrinkly, and sometimes discolored. While these changes can also occur within scar tissue, the biggest factor in scar tissue aging is the difference in the rate of skin cell renewal. Skin cell renewal occurs when new skin cells travel from the basal layer of the skin up to the epidermis. Scar tissue’s renewal rate is different than normal skin’s renewal rate. This is why adults recover from wounds more slowly than young people – there is a greater difference between their cell renewal rates. The age at which the scar was formed, and the quality of the care provided, are critical in evaluating how well the scar will age.

If you’re interested in learning more about how that cut on your hand might heal and age, watch this video from TED-Ed, or for more detailed reading, check out this article.