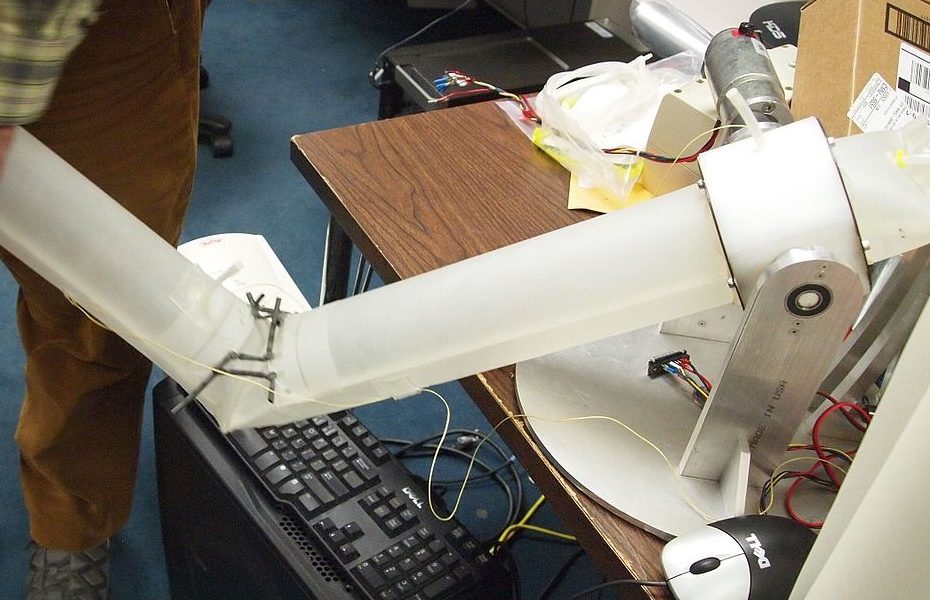 In media and science-fiction, robots have stereotypically, and perhaps somewhat unfairly, been depicted as mechanical, stiff assemblies of moving joints and complicated circuitry. While this still holds true for many robots designed today, whether for industry or research, the past few years have seen a growing interest in soft robotics in academia, industry, and popular culture. As the name implies, many research groups have begun investing in constructing robots from compliant, softer materials.

Inspired by the way organisms in nature survive and adapt to their surroundings (formally known as biomimicry), the advantages of soft robotic components lie in their flexibility, sensitivity, and malleability – delicate tasks or interactions involving other people would be better accomplished by robots made of compliant materials rather than one that could potentially cause harm to the object or person. To that end, many of the applications of soft robotic research have already seen results in the medical industry, from invasive surgery to assistive exosuits. By taking inspiration from biological creatures or mechanisms, softer materials like rubbers and plastics can be actuated to accomplish tasks conventional, “hard” robots could struggle with.

The most common method of moving these robotic parts is with changes in internal pressure. By creating a “hard”, skeletal frame, and surrounding it with soft, sealed membranes, changes in pressure allow the designer to control its components precisely. By decreasing the pressure and creating a vacuum, the robotic section would shrink or crumple, and increasing it would do the opposite. Researchers at Harvard developed “artificial muscles” by taking this concept a step further; using origami, they were able to design soft robotic mechanisms that could orient themselves into tunable positions as the pressure was changed inside the membrane (as a side note, origami is used in a surprising number of research fields, one of the most famous being satellite deployment). Compared to the challenge of precisely controlling prismatic (sliding) joints and servos in conventional robotics, the compliance of the materials used allow for finer control and smaller ranges of applied forces that are better suited for precise tasks.

Another significant advantage of soft robots over their stiff counterparts is their adaptability to environmental conditions. Generally speaking, robots do not do well in water (or lava, for that matter), but it would have little effect on robots covered in a sealed, pressurized “skin”. This is what inspired NASA in 2015 to fund research into soft robots that could explore the oceans of one of Jupiter’s moons, Europa.  Similarly, a light-activated underwater robotic manta ray was designed at a centimeter scale to study the effect of environmental cues on controllable robots.

While research in soft robotics is still relatively new, it has the potential to significantly affect the role of robots in our daily lives. As a softer, safer, and more environmentally robust alternative to “hard” robots, wearable robotic devices, exploratory robotic fish, and personal medical attendants could soon become commonplace for the general public.

Examples of Application in Industry