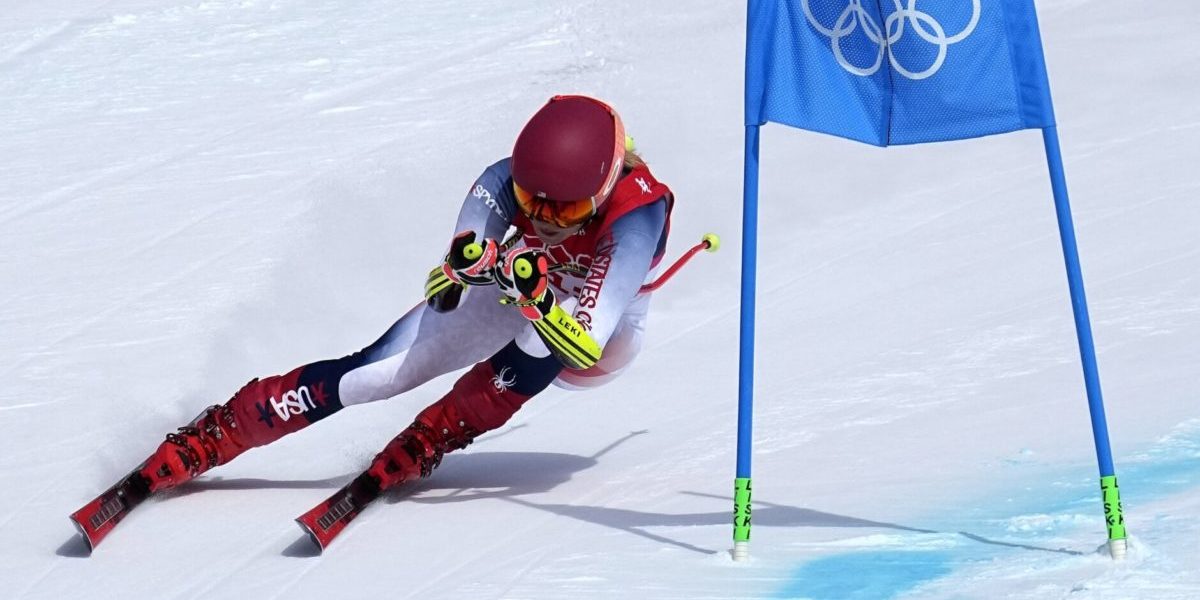 If you have ever watched the winter Olympics, you have probably watched in awe as the alpine ski racers flew down the course. Years of training to perfect technique and build strength are essential for any athlete trying to compete with the best, but in a sport where hundredths of a second can separate first and second place, racers are always looking for ways to shave time. Understanding the forces that slow them down and their relationship to body positioning gives these athletes a competitive advantage.

Several forces act on a skier during a race, including gravity pulling him or her down the hill, friction from the snow, and drag. Friction and drag decrease speed. Drag force occurs when an object moves through a fluid. It is a function of the fluid properties, the cross-sectional area of the object, and the object’s surface roughness. In ski racing, the fluid is air. Drag force increases as velocity and cross-sectional area increase.

There are two categories of drag. Viscous drag is caused by friction between the air and the body. Skiers decrease this force by wearing smooth suits. Pressure drag occurs because the air stream separates to move around the body. When the air strikes an object, particles build up and compress on the front surface. They are more spread out behind the object, creating a low-pressure zone that induces drag.

The drag force has the most significant impact on speed. Ski racing involves adopting a low tuck position to decrease cross-sectional area. In a low tuck, the athletes bend at the waist and knees while tucking their poles beneath their armpits.

Athletes also spend time in wind tunnels during the preseason to perfect their body positioning. This testing, however, is time consuming, expensive, and fails to highlight the distribution of flow around the skier’s body. To better understand these forces, several researchers, Elfmark, Asai, and Brownlie, used a mix of wind tunnel testing and computational fluid dynamics to estimate the drag force, visualize air flow, and find the position that minimizes drag.

The data showed that an upright, open body position will increase the drag force, hence the need for a low tuck. Specifically, the head, upper arms, thighs, and lower legs have the largest affect on drag. This is because these are blunt areas on the body that the air stream must separate to move around. The figure shows that the drag force spikes as the air strikes the head, upper arms, and thighs, and around the arm pits. Additionally, Elfmark’s team found that the ideal position was when the knees filled the gap beneath the arm pits. This decreases the need for the air to separate, facilitating a smooth air flow and thus less drag.

Although these results are interesting, they have significant limitations. The tests modeled a static position of the skier, which is unrealistic in a dynamic sport.

Featured image by Robert F. Bukaty from AP Photo for editorial use.