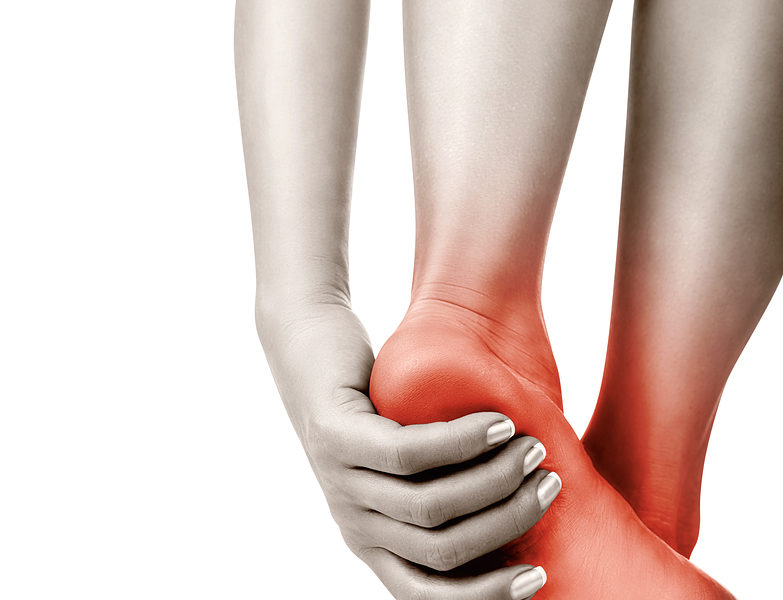 Heel and foot pain are somewhat universal issues, impacting people of all different sizes and activity levels. This type of pain can be seen in obese people, who have increased strain on their feet and heels. This pain can limit their mobility, and even discourage healthy amounts of exercise.  It is also common to extremely active people, such as runners or sports players. This type of pain can prevent a person from participating in the athletics that they work so hard to compete in. I experienced a great deal of heel pain during high school, which made it difficult for me to play sports such as soccer, basketball, and track and field. This was an issue I had to deal with throughout high school, however I never understood what caused this pain that kept me on the sidelines at times.

By far the most common cause of heel pain is damage to the plantar fascia. The plantar fascia is a ligament connecting the ball of the foot to the heel bone, critical for stability and power in human locomotion. Damage to this ligament is caused by 2 main factors: weight and use. Increased weight, especially over a short period of time, significantly increases the load experienced by the plantar fascia. This increased load pushes the ligament past its yield load and causes tears in the ligament, weakening its mechanical abilities and causing pain. Another important contributor to this ligament’s damage is its workload. Active athletes and runners push this ligament to its limit by regularly undergoing periods of high-intensity loading, causing fatigue failure. In my case, a combination of these two factors caused damage to my plantar fascia: a large growth spurt combined with regular athletics overloaded this ligament, causing damage.

These conditions are typically first treated through non-invasive methods. These strategies include specific stretches, targeted exercising, a reduction in workload, and weight loss (if safe). These treatment methods help to improve the mechanical properties of the ligament, making it stronger, less stiff, and less fatigued. Dr. Jarocki from Michigan Medicine gives a thorough and concise summary of the causes of heel pain, as well as some exercises that can help to alleviate this pain.

If these fail, invasive surgery can be required. Surgery can be used to repair the ligament itself or to remove the heel spur. The controversy over the relationship between heel spurs and pain has important implications for the effectiveness of this type of surgery.

Clinical Characteristics of the Causes of Plantar Heel Pain