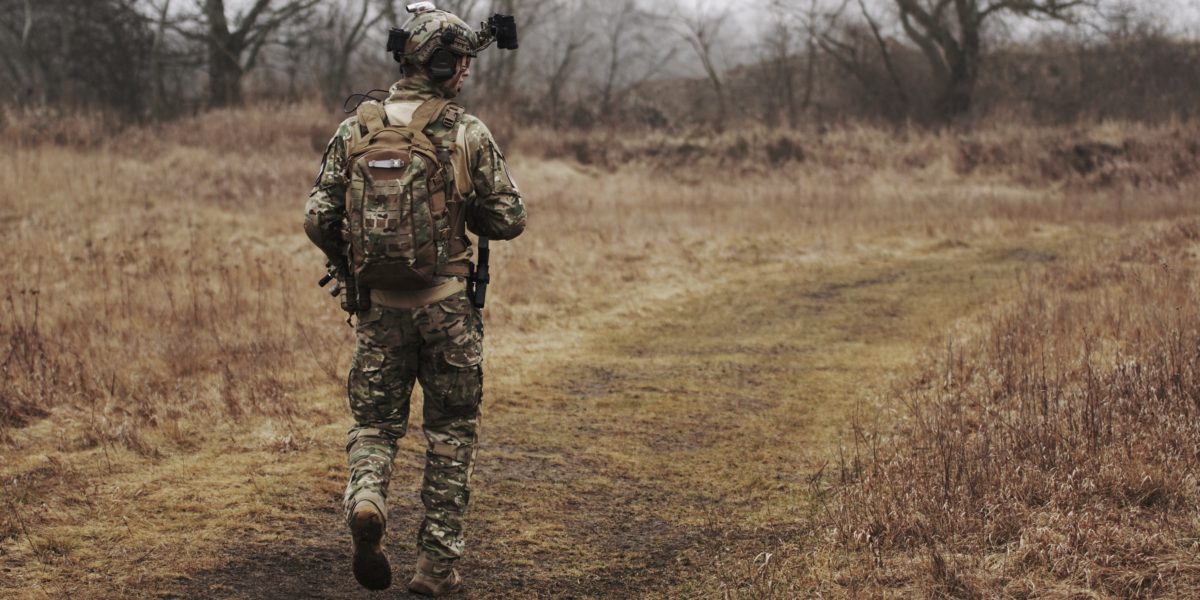 Have you ever wondered how much weight a soldier carries in a combat zone?

Military servicemembers, particularly those in physically demanding roles such as infantry, are routinely required to carry heavy combat loads ranging from 25- to over 100-lbs. This load potentially includes weapons, ammunition, body armor, food, sleeping equipment, and other necessities for the mission. Consider that these loads are often carried for hours or even days at a time in both deployed and non-deployed environments and it becomes clear that these loads take a physical toll on those who bear them.

The physiological demands of these loads often lead to servicemember injury or discomfort both during and after their time in service. The most common musculoskeletal injuries resulting from carrying heavy combat loads include increased lower back pain and injuries to the knee, ankle, and spinal cord. Such injuries lead to acute and chronic effects over the servicemembers’ lifetimes, increased military healthcare costs, and decreased military readiness.

While it would be advantageous to decrease both the weight of the combat load as well as the frequency of weight-bearing events, the reality of modern warfare gives little hope to these suggestions. However, there is another solution: external, electrically powered exoskeletons to aid with carrying combat loads.

Powered exoskeletons come with drawbacks, namely mobility/comfort issues and the need for a mobile, long-lasting power source. While the devices may perform well in a laboratory or controlled setting, reliability in the field will require durable materials and electronics. Additionally, while Lockheed-Martin’s ONYX exoskeleton is designed to reduce load on the wearer’s knees and quadriceps muscles, it gives no such support to the lower back or other parts of the body. This shift in load distribution throughout the body may have unintended consequences and potentially lead to further injury. A 2006 study by researchers at Loughborough University in the UK found that existing military load carriage systems result in gait and posture changes (head on neck angle, trunk angle, etc.) which lead to muscle tensions that increase one’s risk for injury.

Thus, while there have been many improvements in robotic and soft electronics technology in recent years, powered exoskeletons have much to prove before they see time in service.

What do you think – are powered exoskeletons going to be commonplace on the battlefields of tomorrow, or are they a passing fad?

For more information, check out the following articles from the Army Times and Breaking Defense on the ONYX exoskeleton.