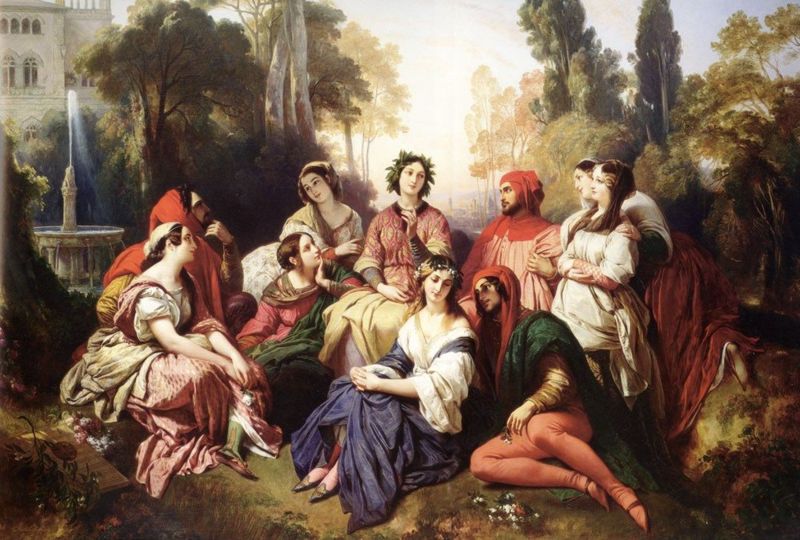 Trecento Italy saw the “three crowns” of literature—Dante, Petrarch and Boccaccio—whose contribution to Italian and European literature was immense and lasting. The literary communication between Italy and England of that century is a fascinating topic for historians, literary scholars, and common readers. In this piece of writing, we shall take a quick look into Chaucer’s possible “indebtedness” to Boccaccio, arguably the writer who is most like Chaucer among the three crowns of Trecento Italian literature.

Among the three writers, Boccaccio was arguably the one to whom Chaucer had the most natural affinity. They might have even met personally when both were in Florence in 1378, but sadly no evidence was found to prove it. On Chaucer’s second visit to Italy, he brought back copies of Boccaccio’s two great Italian poems, the Filostrato and the Teseida, which provided source material and inspiration for Chaucer’s own writings. In the House of Fame, the poetic invocations (II. 518-22) echo Teseida and several lines from Anelida and Arcite (1-21) are quite literal translations from the same work. Twelve stanzas from Teseida are adapted in the Parliament of Fowls (211-94) and Teseida also notably provides the plot for “The Knight’s Tale.” In “The Knight’s Tale,” Arcite calls himself “Philostrate”, literally the one “vanquished by love,” echoing the title of the poem Filostrato by Boccaccio.

Although direct borrowings are hard to prove, there are similarities and parallels between Boccaccio’s Amorosa visione and Chaucer’s House of Fame, between Boccacio’s Decameron and Chaucer’s Canterbury Tales. For modern readers, the latter comparison is very intriguing, not just because of the two works’ literary achievement and popularity, but also because their shared structure of “framed story” and possibly shared aim of depicting (and even healing) human society through the act of “group story-telling.” Notably, the famous Italian writer and director Pier Paolo Pasolini has adapted these two works (Il Decameron 1971 and  I racconti di Canterbury 1972), along with the  A Thousand and One Nights ( Il fiore delle Mille e una Notte 1974) in his Trilogy of Life movie series, with the intention of presenting the scope of the human world and the depth of humanity on the screen. As for the literary indebtedness, “The Franklin’s Tale” is generally accepted as being inspired from the fifth story of Day Ten in the Decameron as well as by the passage on the question of love in Filocolo (IV. 31-4).

Despite the affinity, similarity, and inter-texuality, Chaucer never mentions Boccaccio by name in his works (as a contrast, Chaucer mentions both Petrarch and Dante several times), nor does he mention Boccaccio’s works explicitly, which leads to the usual suspicion that Chaucer is under “the anxiety of influence.” However, we should remember that medieval authors had a different understanding of concepts like “plagiarism,” “adaptation” or “influence.” While literary scholars and historians are still trying hard to find evidence, more efforts should be given to the parallel reading of the two works, the Decameron and the Canterbury Tales—not just because it is almost a blank field to be explored, but also because it is pure pleasure to read them side by side! 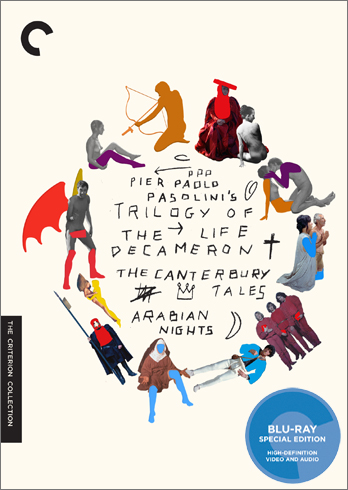